Did a meeting between business secretary Peter Mandelson and a top record company executive spark an anti-piracy push? 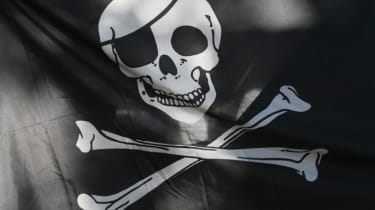 ANALYSIS: The debate over digital piracy and file sharing is heating up.

Last week, the Pirate Party officially registered in the UK and over the weekend, stories broke that high-level politician Peter Mandelson met with a famous recording industry executive and is now eyeing tougher new laws.

According to reports in national newspapers this morning, after meeting with David Geffen earlier this month, business secretary Mandelson is looking for ISPs to cut off file sharers' internet access. Mandelson's spokespeople have reportedly said the Corfu meeting had nothing to do with file sharing.

But it's not the only punishment filesharers could face. Existing proposals in the Digital Britain plan have called for a 50,000 fine for those illegally sharing music, movies and software online in the hopes of cutting digital piracy by 70 per cent.

None of it has passed through parliament yet, but it's set to become a big issue in the next election if the newly registered Pirate Party UK has its way.

Speaking to our sister site PC Pro last week, leader Andrew Robinson said: "If you look at what's proposed in the Digital Britain report, there's a 50,000 fine for sharing files. There's approximately seven million file sharers in this country - you're branding a huge percentage of this population criminals for doing something that doesn't have any proven implications. It's a ridiculous state of affairs."

It may come as a surprise that the Pirate Party wants piracy to be illegal. One member wrote on the site's blog that it would be helpful to force record companies to have to prove someone was breaking copyright.

"t would be of great help if the government would criminalise the offence and then the evidence would have to be gathered in a proper manner against each individual," the post said.

Either way, the problem needs to be addressed.

A survey released last week by UK Music - a commercial music industry body - showed that some 61 per cent of those surveyed between the age of 14 and 24 were downloading music, with 87 per cent saying sharing music between devices was important to them.

"[W]e will achieve nothing if we do not work with music fans, and young music fans in particular. They are hugely demanding in their needs, but collectively we must rise to that challenge," said the group's chief executive Feargal Sharkey in a statement.

"We ignore engagement at our peril. That message is loud and clear," he added.