Brits are a nation of mobile addicts

Texts bigger than sex for us Brits, according to new research. 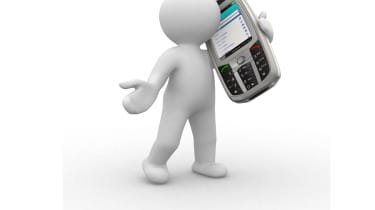 Three-quarters of British people have addictive tendencies when it comes to technology, putting gadgets and gizmos ahead of many other things in their lives.

So claims research published this week by communications provider Lumison which found that 75 per cent of respondents could not survive for 24 hours without access to their mobile handset. Worse still, 85 per cent said that they would rather give up booze, sex or chocolate in favour of having their phone on them at all times.

In fact, when asked what they would prefer to give up for a month 62 per cent of respondents chose chocolate, 23 per cent alcohol, and eight per cent chose sex. Just seven per cent opted for their mobile phone.

Other conventional human behaviours also seem to be a thing of the past. Lumison's study of 1,000 consumers found that almost two-thirds of people rarely posted letters, never mind suggestive boxes of chocolates, while it had been almost half a decade since a fifth of them had wandered up to the post box.

"Brits are now hugely reliant upon technology to stay in touch with friends, colleagues, contacts and business associates. But this brings it own complexity. Mobile is clearly the device of choice for many, but ever-more powerful devices mean people are now using their mobiles for much more than voice calls of text," said Aydin Kurt-Elli, chief executive at Lumison, in a statement.

"Similarly a laptop is now a device for multiple communications, including social networking, email, web surfing, internet phone calls and instant messaging, across many locations from home to office, via pubs and coffee shops, wherever people can get online. This means there is a vast array of ways in which people want to be contacted and how and when they choose to contact people."