Kerry McCarthy, MP for Bristol East, will step into the role. Just don't call her the Twitter Tsar 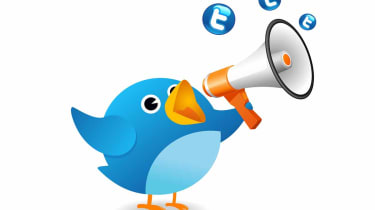 McCarthy revealed her appointment this weekend in tweets and in an interview with LabourList a party grassroots publication.

She explained that she would guide the party and its members through digital media campaigns and help them to improve the way that they use them, saying: "There's an ever-growing interest in the new media area and so the Party thought that there should be a politician involved in both the coordination and in being the public face of the great work the Labour Party is doing in this area."

While the Conservative party has struggled to engage tweeters - David Cameron recently said of Twitter that "too many twits might make a twat." - Labour has a slightly better relationship with social networking . McCarthy, a prolific blogger and Tweeter, was recently voted the most influential MP to use the online services. It is expected that she will use this experience to help the party manage its new media path through the coming year and subsequent general election.

McCarthy said that the party would seek to use new media to better engage with the electorate and also to guide its own decisions, explaining that quick access to fast changing information would help it to organise and adapt during campaigns. She said: "New media campaigning isn't really that different to traditional campaigning. Rather than being something completely new, campaigning using new media is simply doing what we've always done in a new setting and rather than replacing traditional ways of doing things, it is about making traditional campaigning methods even more effective."

While on her blog she added: "Just don't call me Twitter tsar".