A full copy of the Home Edition of Windows 7 can be pre-ordered here for much less than in the US. 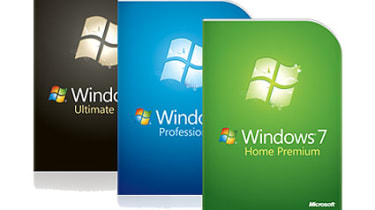 After confusing customers with European editions and upgrade versions, Britain will be able to buy a full copy of Windows 7 for just 65 a massive discount on the full price and what Americans will be paying.

At the moment on Amazon.co.uk, a Home Premium version of Windows 7 can be bought for just 64.98 what the site calls a 57 per cent discount. The Professional version is on sale for 149.98, a discount of 32 per cent, while the Ultimate edition is available for 168.98, a discount of 26 per cent.

The pricing confusion follows efforts by Microsoft to keep the European Commission happy over competition complaints. First, Microsoft said it would be shipping a European edition of Windows 7. That version would not include a preloaded copy of Internet Explorer.

Then Microsoft dropped the "E version" plans, deciding instead to run a browser ballot across its users, notifying them that other browers exist aside from IE.

That meant Microsoft could now sell the standard Windows 7 versions across Europe, but some people had already bought full versions of the new OS at a discounted price through pre-orders, leading to confusion over what exactly Microsoft was planning on shipping to them in October.

Adding to the confusion, the UK Microsoft store is still selling European versions of the OS.

Amazon has reportedly said its current pricing was "indefinite", while Microsoft said it could not confirm any pricing details. Windows 7 is available at retail on 22 October.