The Novatel Mifi 2532 is a USB modem that acts as a wireless hotspot for up to five devices. We get hooked up. 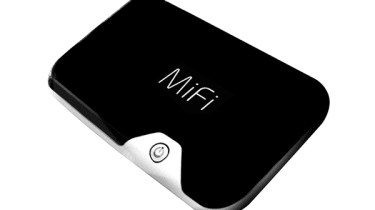 Users can also set up profiles, so that if you want to swap SIM card, say if you're travelling, you can do so and not have to enter all your set up info again.

Once you've set everything up as you want it, you can then backup your configuration files to a computer, so you can restore them should you have to.

No drivers are required to get the Mifi working wirelessly, and even when plugged directly into a laptop via the USB the drivers are installed automatically. The Novatel wireless software is clearly laid out, showing signal strength, time connected and data throughput. Further options are also available from a button at the top left. 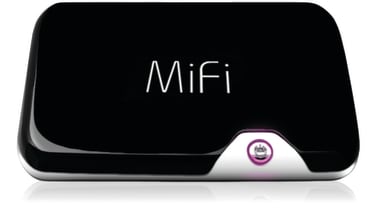 Plugged into the PC copying files to and from the device was a breeze, though speeds where rather on the slow side. The NAS files feature is available only from the web interface, and files on the SD card can't be made into a Windows drive letter, which makes it somewhat awkward to use. However, as an occasional feature, it's a good one to have.

The Mifi is easy to set up and use and works well, but it does get rather hot to use, so you won't want to keep it in a shirt pocket. It also could do with a clear battery indicator on the device itself the web interface does show how much battery is left, and the indicator light flashes red when it's running low, but it could be clearer still.

As a stand-alone unit the Mifi is on the expensive side, but if you've got a specific use case scenario it could help with, it will certainly make for a worthwhile investment. If you like the idea, but don't want to lay out the cash, it might be worth waiting until carriers start offering these on a discount plans later this year.

An interesting idea that makes it easy to connect multiple devices to the internet where a fixed line Wi-Fi hotspot isn’t an option. It is expensive as a standalone unit but devices such as this are likely to be widely offered on mobile broadband contracts by the end of the year.