Microsoft’s Bing search engine hits its three month anniversary, but has it been the catalyst for a change in its parent company’s fortunes in the lucrative search market? 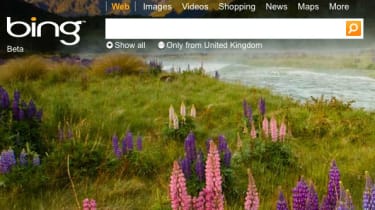 When Microsoft's attempt to buy Yahoo finally failed to go through, and instead its rival attempted to jump into bed with Google, it seemed that Steve Ballmer had made a major, possibly colossal mistake.

Rather than spending nearly $50 billion of Microsoft's money to close the gap on the ever-threatening Google, it seemed that he'd actually manage to strengthen its two main rivals, leaving Microsoft further behind than ever in the internet search market.

Since then? It's managed to not only rescue the situation, but if anything, Microsoft looks like it's had a lucky escape. The fall in Yahoo's share price since the Microsoft deal went off the table has been well charted, and you can't help but wonder just what shape Microsoft would be if the Yahoo deal had happened.

Chances are it'd be $50 billion poorer, have a lot more website hits, but still be a country mile away from Google, with little sign of catching it.

As history told, however, the US Government nixed any idea of Yahoo and Google working together, and Microsoft instead focused its attention on fixing its own search failings. For it's on the internet search market that Google has built the vast bulk of its business, and if Microsoft could do no damage to it, then its position, as time went on, would be diluted.

The firm had spent money promoting its search services in television advertising campaigns in the past, yet it was still resolutely sitting in third place in the market, behind Google and Yahoo. For it to make any dent on the status quo, it needed to try something a little different.

And that different approach was Bing. Still in true Google style in beta form, it's been three months now since Bing succeeded MSN Search, and while it's not exactly turned the market on its head, it's brought some kind of turnaround in Microsoft's fortunes.

The thinking behind Bing a word that Steve Ballmer, of course, is keen for the world to "verb up" clearly had Google influences. Its homepage is simple, with a changing daily background, and the search results adding a live search element over earlier Microsoft engines, and also including search suggestions as you type in your query.

Meanwhile, there's also an ability to save searches, and a selection of intriguing further features.

Crucially, it also looks and feels more like a Google search product than a Microsoft one, and off the back of a high profile launch, and a significant advertising push too, the early signs for Bing were really very positive.