US research has shown average download speeds in the country are still miles behind South Korea and Japan. 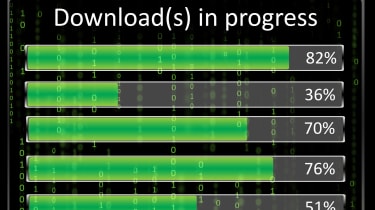 A new report from the US has shown the annual speed of broadband across America is 5.1Mbps, with the UK trailing 1Mbps behind.

The "Speed Matters" survey ranks the US and UK well below the likes of Sweden, Japan and South Korea - which have average speeds of 12.8Mbps, 15.8Mbps and 20.4Mbps respectively.

Larry Cohen, president of Communications Workers of America, which conducted the study, said in a statement: "Every American should have affordable access to high-speed internet, no matter where they live. This is essential to economic growth and will help maintain our global competitiveness."

"Unfortunately, fragmented government programs and uneven private sector responses to build out internet access have left a digital divide across the country."

Similar problems are faced in the UK and proposals from the Government here have only promised 2Mbps for everyone in the country by 2012, rather than the high speeds other countries enjoy.

However, there is still hope for the UK, with providers trialling high speed internet networks across the country.

BT is currently piloting its 40Mbps broadband in Whitchurch, Muswell Hill and Glasgow..

Virgin has already connected 12 million homes to up to 50Mbps, with further trials of 200Mbps taking place in Kent.