Microsoft has filed its appeal against an injunction that means it must stop selling Word in the US. 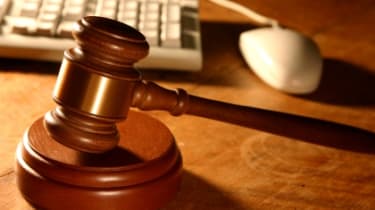 Microsoft has castigated the courts for allowing the injunction against Word in the US.

A US district court found that Microsoft had willfully infringed a patent held by company i4i relating to the creation of custom XML documents, and ordered it to stop selling Word in its current form in the US.

The software giant immediately filed an emergency motion against the injunction, claiming that: "Even if Microsoft ultimately succeeds on appeal, it will never be able to recoup the funds expended in redesigning and redistributing Word, the sales lost during the period when Word and Office are barred from the market, and the diminished goodwill from Microsoft's many retail and industrial customers."

Microsoft has now filed its formal appeal ahead of its 23 September hearing. In the documents, the software giant blasts the courts for allowing the case to "run amok".

"In patent cases, even more than most, the trial judge's role as a gatekeeper is crucial," Microsoft argued in the appeal. "As gatekeeper, the judge must define the metes and bounds of a patent through claim construction and then ensure that the evidence presented by the parties' numerous experts is both reliable and rooted in the facts of the case at hand.

"And after the jury has rendered its verdict, it is the judge who, before allowing that verdict to become an enforceable judgment, must ensure that the verdict is adequately supported by the evidence and supportable under the law... This case stands as a stark example of what can happen in a patent case when a judge abdicates those gatekeeping functions.

"If the district court had been more faithful to its role as gatekeeper, it should have recognised a trial run amok and interceded to prevent a miscarriage of justice."

Needless to say, the appeal didn't sit well with i4i. "The appeal brief filed by Microsoft is an extraordinary document. It captures the hostile attitude of Microsoft toward inventors who dare to enforce patents against them. It is also blatantly derogatory about the court system," said i4i chairman Loudon Owen.

"We do not have the gargantuan financial resources of Microsoft, but i4i has the protection of fairness under the US justice system. Microsoft is not above the law. It cannot privately expropriate i4i's patented invention," he said.