A new league table showing the least green public buildings in the UK has placed the Met Office high up due to its carbon emitting monster of a supercomputer. 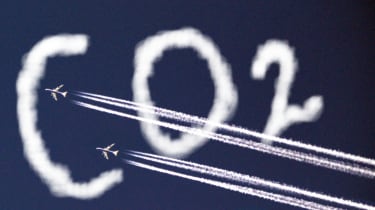 The Met Office's celebrated supercomputer, which has a major function of predicting climate change, has been identified as one of the worst culprits for pollution in the UK.

The emissions have led to the Met Office's headquarters in Exeter being named among the worst public buildings for pollution in a new league table from the Department of Communities and Local Government.

But the Met Office is less than happy with the accolade. It said in a statement: "We recognise that our DEC rating [carbon dioxide emissions] is large but it is also necessary. Our supercomputer is vital for predictions of weather and climate change."

It also claims that the method for working out the list is unbalanced.

"By failing to discriminate between office and supercomputing facilities the process reflects badly on the entire Met Office site," the statement continued.

"In fact the general office space is rated excellent under BREEAM [BRE Environmental Assessment Method] and has consistently done so since the Met Office building in Exeter was completed in 2003."

However, it hasn't totally ignored the implications and is planning on improvements to make the computer greener.

One measure it is taking is to investigate DC power for the supercomputer which, if predictions are correct, would cut emissions by 10 per cent. There is also talk of the next generation computer using 95 per cent water cooling rather than the current system - 75 per cent water and 25 per cent air as water is four times more efficient.

Finally, a trial of hydrogen fuel cells for its remote sites is set to start in September this year, which the Met Office said would "further reduce [its] reliance on fossil fuels."