How to survive when your suppliers go bust

With the recession continuing to decrease the stability of outsourcing firms and other suppliers, enterprises should make sure they are prepared for any risks resulting from a collapse. 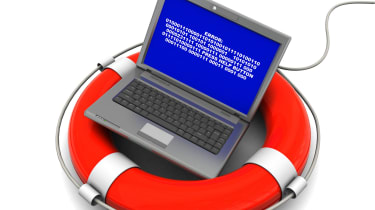 A recent poll carried out for the Institute of Chartered Accountants in England and Wales (ICAEW) and SunGard Availability Services found that 65 per cent of firms believed that the level of operational risk had increased within the past year.

The poll showed that 70 per cent of respondents said they were more at risk from damaging supply chain issues - like a supplier going out of business - when compared to a year ago.

John Oates, IT advisory partner at Baker Tilly and chairman of the ICAEW IT Faculty, said: "More than ever organisations need to create contingency plans that are water-tight and workable, but also flexible enough to cope with the new and unexpected threats thrown up by the current economy."

The research did find that resilience is now currently being discussed at the highest levels of decision making at more organisations, whereas before it was often overlooked and left to the IT department to look after.

Are CFOs being careful enough?

But other research finds chief financial officers are still not handing over the resources to closely manage outsourcing contracts and control supplier risk.

A survey from supplier management software firm Basware and the Barcelona IESE Business School questioned the attitudes of 550 CFOs towards procurement management, and found that just 28 per cent thought procurement has a significant impact on financial risk exposure.

The same survey found less than half of firms integrated their procurement and finance processes. Little wonder then that almost 60% of indirect spending went untracked amongst the global organisations questioned. While 64 per cent of CFOs said cost cutting was a top priority, only 39 per cent said reducing risk was a priority.

Professor Adrian Done, of Barcelona's IESE Business School, said: "Businesses today are defined by their supply chains and some of the high profile business failures of the last 12 months point to this as a root cause. Finance departments across the globe have been guilty of ignoring the real value that their procurement teams can bring for decades now, so there is real truth in the suggestion that CFOs aren't making the most of what can be an invaluable asset in the fight against the recession."