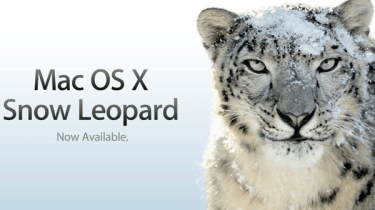 Unfortunately, the small print tells you that it requires Exchange Server 2007 as a minimum, and as this publications company is stuck on Exchange 2003, it means we are unable to test this feature ourselves at the moment.

One feature that businesses will also appreciate is the enhanced File Quarantine' service. It has been resent since Tiger, but it will now also flash up when it detects a trojan. The number of trojans it can detect will also be added too via Software Update, much as Microsoft does with Windows Update.

This malware detector indicates that Apple knows that it no longer has a free pass on security. Macs have remained blissfully trouble free because they were simply under the radar of almost all hackers', due to the low numbers making it not worthwhile targeting. However, with Apple's ever increased market share this low profile is protection it no longer has.

Installation proved effortless on our test system, consisting of a Macbook Pro witha 2.5GHz Core 2 Duo and 4GB of RAM. No user intervention was required and the system rebooted several times, and took just over 55 minutes, from clicking the install routine to returning to the desktop fully upgraded.

Of the more superficial improvements we have the Quicktime X feature, which quickly hides all controls and borders from video as it plays, and a new text substitution feature, which auto corrects spelling across the OS.