Next generation of Microsoft’s Windows operating system for mobile phones will hit the shops next month, re-branded as Windows Phone. 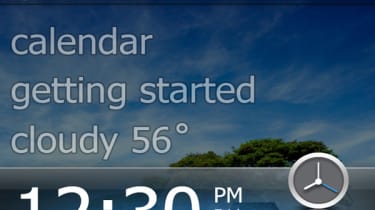 Microsoft has confirmed that consumers will be able to get their hands on phones running the latest generation of its mobile operating system, Windows 6.5, from early next month.

Re-branded as Windows Phone, the handsets will be available in retail store from 6 October.

"We're on a journey and this is just the first step," James McCarthy, Microsoft's business marketing manager, told IT PRO in a briefing at the end of last month.

The operating system is much more finger friendly and also features an improved browser, with Flash Lite support with advanced completion and rendering technology, according to Microsoft.

"Browsers tend to try and be a PC browser on a mobile screen. If you've not got much coverage and you're trying to download the BBC home page or MSN, it's quite a chore," McCarthy added.

Todd Peters, corporate vice president of Microsoft's mobile communications marketing group, added in a statement: "A Windows phone gives people a single phone that works for their whole life, keeping them connected to the people and information they care most about by harnessing the power of the PC, phone and web."

McCarthy told IT PRO that the new application store, Windows Marketplace for mobile and its new Microsoft My Phone service, would be made available at around the same time as the new operating system, so we're expecting an official announcement anytime now.

He also poured cold water on suggestions that Microsoft was planning on building a mobile phone of its own, instead saying that any so-called blueprints people had discovered' were merely detail of the hardware chassis that handsets would need in order to support Windows 7 for mobile when it comes out next year.