Wyse app lets users access Windows desktops to run Flash, IE and other PC-based systems all from the iPhone. 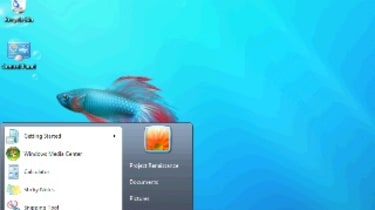 Wyse has unveiled an application which lets users access their virtualised Windows desktops over the Apple iPhone.

PocketCloud works on the iPhone as well as the iPod Touch, giving users access to any computer or virtual infrastructure that supports Microsoft RDP protocol or VMware View 3.1. The app works alongside VMware View Server without any additional software.

The $29.99 app essentially means you can access your desktop from anywhere. As applications are running on whatever server they normally would and not the iPhone itself, the only speed limitation is your internet connection.

"You can use the apps as though they're running on a server," explained chief software architect Daniel Barreto at VMworld in San Francisco. "The iPhone is only a window to the environment."

Wyse product line manager Babak Pahlavan demoed the product to IT PRO, showing how PocketCloud brings Windows apps like Internet Explorer - including Flash - to the iPhone.

"You can log into the desktop as if you're sitting behind it, as if you're using a laptop," explained Pahlavan.

PocketCloud is relatively highly priced for an iPhone app, but the pair said this was intentional, to help discourage average users from downloading it and being disappointed. While it is easy to set up, it does require VMware View 3.1 or RDP protocol to use, limiting it to enterprise or "prosumer" users, Barreto suggested.

Wyse also unveiled Project Vancouver at the show, its support for the PC-over-IP protocol. With that, it announced the P20 Workstation class zero client with PCoIP support built into the hardware.