A report released today shows the growth in shipments of netbooks is double that of notebooks. 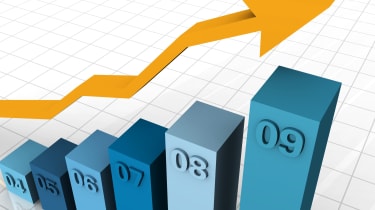 The battle between netbooks and notebooks is hotting up, with the former stealing a march on its older and historically more established rival.

So claims research published today which shows shipments of netbooks are growing twice as fast as notebooks.

Netbooks now account for just over 22 per cent of portable computer shipments worldwide, growing from a 5.6 per cent share in the same quarter last year.

The amount of deals in Western Europe from telecoms providers that offer subsidised, or even free, netbooks on the proviso of signing up to a long term contract, is one of the main drivers in the growth of netbooks, according to the report.

John Jacobs, director of notebook market research for DisplaySearch, said in a statement: "Mini-note PC screen sizes have increased steadily, from seven to 8.9 inch and then to 10.2 inch. Some panel makers and brands are promoting 11.6 inch mini-note displays, leading to an overlap with ultraportable notebooks."

He added: "However, the higher prices of these larger netbooks diminish their cost advantage."

The Europe, Middle East and Africa (EMEA) market has the dominant share of netbook shipments 32.9 per cent however, the biggest year-on-year growth of all portable computer shipments is in the Latin American market, closely followed by Greater China.

"The low prices of mini-note PCs make these products more affordable for these emerging markets, and these regions have many first-time PC buyers, who are less likely to require all the bells and whistles available on a larger mainstream notebook PC," DisplaySearch added as an explanation for this growth.