The final version of Opera 10 has arrived. Can its unique features help it compete in an increasingly crowded browser market? 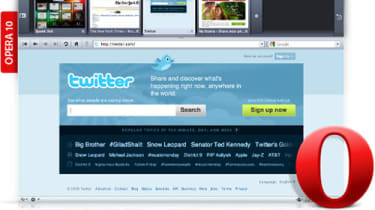 The Opera web browser has been knocking around for over a decade, but it's never been a major player: over the years its estimated market share has struggled to top three per cent. And with now not only Firefox but also Chrome and Safari for Windows to compete with, this new version faces more of a struggle than ever to attract users.

But then Opera 10, which as with all browsers is downloadable for free, does offer some notable features that do distinguish it from its rivals. The headline addition is "Opera Turbo", which dynamically replaces online graphics with low-resolution versions to speed up browsing on slow connections, such as shared Wi-Fi networks. It can be enabled manually, or set to automatically kick in when Opera detects a slow link. For more information, check out our Need to Know: Opera Turbo" feature. 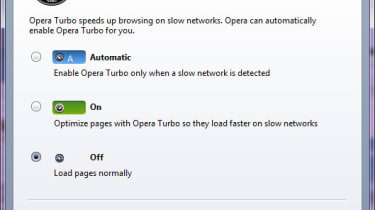 A second unique trick is the ability to expand the tab bar to show not just titles but thumbnail previews of open pages much like the taskbar previews in Windows 7. The "Speed Dial" navigation grid that appears in each new tab has been updated too: in previous versions of Opera it offered nine quick-access links, but in Opera 10 as in Safari you can customise the grid to show between four and 25 pages. 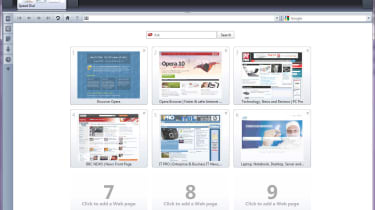 Opera 10 is also marketed as being "ready for the next generation of web applications", though it's still not the fastest browser: on our test system it took 2.9 sec to complete the SunSpider JavaScript benchmark, while Firefox 3.5.2 took 1.0 sec and Safari 4.0.3 blazed through in just 0.7 sec. Still, Opera is well ahead of Internet Explorer 8, which took 4.3 seconds. 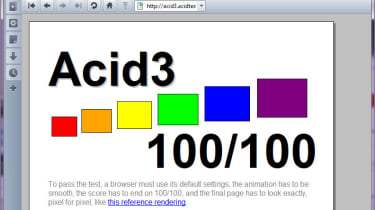 And the browser does feature support for downloadable Web Fonts, as well as an impressive 100 per cent score on the challenging Acid3 CSS standards test. So you can be confident of seeing online content exactly as it was intended to be viewed.