It was only announced last week, with more details unveiled this week, but we got our hands on Nokia's new Booklet 3G for a first look review. 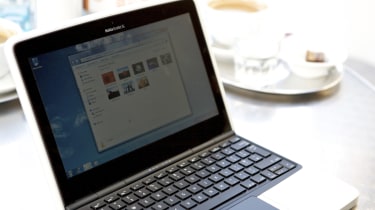 When Nokia announced its tie-up with Intel earlier in the year, few people would have expected to see a new device produced so quickly.

The last computers made by Nokia were in the 1980s, but the Booklet 3G isn't actually made by Nokia. Nobody will tell us who the manufacturer is, but we aren't that bothered because the design is 100 per cent Nokia.

When is a netbook not a netbook?

We're not supposed to call the Booklet 3G a netbook, but rather a mini-laptop'. Nokia believes the word netbook' conjures up the image of a low-cost, cheaply built and mass-market laptop with limited processing power and capabilities. Yet the Booklet 3G is still powered by a netbook-style Intel Atom Z530 processor, running at 1.6GHz with 1GB of RAM and a 120GB hard drive. It certainly sounds like a netbook, but it definitely doesn't look like an Eee PC.

The design, with an aluminium chassis that serves as a heat sink and enables the laptop to do away with a fan and ugly looking vents, is up there with the latest MacBook family. In fact, while Apple has been stating it has no intention of getting into the netbook market, Nokia has come along and proved exactly why there is a gap in the market for a small laptop for people with higher aspirations. 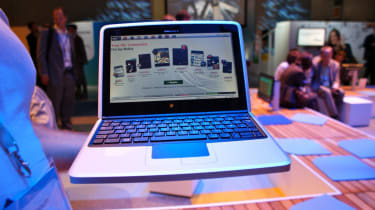 The chief designer of the Booklet 3G, Ian Buckle, told us that Nokia has been watching the PC market for a long time, waiting to produce something that hadn't been done before. The Booklet 3G retains many key Nokia design trends, including a subtle Nokia Smile' curve that most people probably won't even notice.