Intel: We’re coming out of recession

The chip giant's chief executive is upbeat about what the future holds. 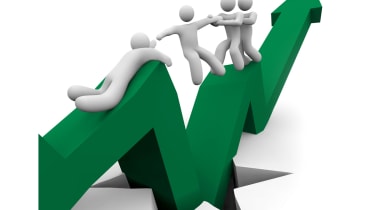 Intel's chief executive Paul Otellini has claimed that the company is "coming out" of the recession, and that he expects the desktop PC industry to sell as many PCs this year as it did in 2008.

Indeed, he described Intel's performance over the last year as "a pretty good result."

In an interview with the BBC Otellini claimed Intel had weathered the storm in part because people saw their PCs as "indispensible". "If it breaks you don't wait for the end of the recession to replace it," he said.

An Intel spokesperson claimed in a statement that it had more than simply survived the downturn, telling IT PRO that "Our company philosophy is that you cannot save your way out of a recession." He added: "People do not want to buy technology that is two years out of date when we come out of the recession. Intel continues to invest in R&D despite the downturn."

Otellini reserved harsher words for the EU Commission, which fined Intel 900 million in May this year after ruling Intel was behaving anti-competitively by locking manufacturers such as HP into using its CPUs exclusively.

Intel is appealing the ruling, and Otellini said he is "comfortable" that the company will win. "The process was one that did not look at all the evidence and didn't balance all the facts," he said.

However, Intel refuses to be drawn on exactly what that evidence is. "Since this is a confidential process at this point we can't get into detail," Intel's Robert Manetta said. "We have stated categorically that we are not guilty of what the commission has accused us of, so you can kind of make an inference there," he added.

He also claims Intel's behaviour hasn't impacted consumers negatively. "We obey the law," said Manetta. "We think our business practices are lawful and pro-competitive." Citing processor performance increases and price drops over the last decade, Manetta said: "Our belief is this is a really, really good market and it serves consumers really well, both on the basis of price and in terms of innovation."

Otellini also made some tantalising claims about the future of multi-core desktop processors. He told the BBC that 128-core CPUs were "not a technical problem," and that Intel was "working with some of the research institutions around the world to advance parallel programming."