Love it or loathe it, Windows Mobile is still the primary mobile OS of choice for many businesses. We take a look at 10 essential applications for your Windows handset. 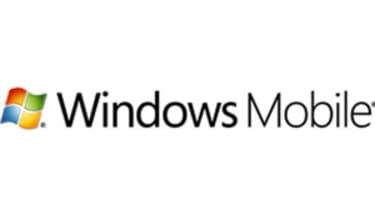 You may have a Windows device but there's no reason that Google and Microsoft can't get along. Install Google Sync on your Windows Mobile device and your Google calendar and contacts will sync over the air. Make changes on one, and this will be reflected on the other. Of course, it will replace the info you've already got on your device, so you'll need to place your faith in Google for this to be worth it. In true Google style it's still technically in beta, but don't let that put you off.

This is a smart trick. WMwifirouter does what the Mifi does it turns your phone into a wireless hotspot, enabling multiple devices to connect to it and get online. The device appears as a hotspot so is transparent and can therefore be used for either Windows or Macs. It's essentially tethering on steroids. The downside is that it can really hit the battery on your phone, but if you want to get multiple devices online in a hurry this is worth every penny.

If you've ever tried to play video content on your Windows Mobile, the chances are that you've got frustrated at the inability of the built-in media player to play certain formats. Indeed, even if it does play, it's an awkward interface.

CorePlayer may also not offer the slickest interface in the world, but it's straightforward enough once you're used to it and it will let you play most things you throw at it and many without having to convert them for your phone, which, simply as a time saver, makes CorePlayer worth the money, especially as a major version 2 update is imminent.

While smartphones are thought of as pocket computers, it's perhaps surprising to realise that you can't print by default from your Windows smartphone.

ActivePrint Professional looks to solve that little issue by letting you print documents and images to any Windows compatible printer. You can do so via wireless or when connected via cable through ActiveSync. If you can't get to a printer when you're on your travels you can queue up your documents and then print them out when you get back. It's a little on the pricey side, but worth it for the flexibility provides.

Connecting to hotspots when you're out and about is great, but when you're travelling it's an inconvenience to have to remember separate logins and deal with the individual costs of each hotspot provider.

iPass is a hotspot aggregator that aims to make things much easier. Sign up to iPass and it will connect you to all major hotspots, so you only have to enter one set of access details once. Your company will have to be signed to iPass through one of its partners to use it, but if it is, this could be one of those utilities where you'll wonder how you ever did without it.