VMware looks to Web 2.0 with SpringSource

VMware has outlined the strategy behind its biggest acquisition yet. 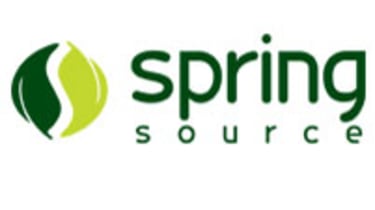 VMware's top executives have laid out why they chose to invest $420 million in SpringSource, a developer framework.

One of the problems created by virtualisation is seeing where work is being done it all happens in a "black box" that is the virtual machine, making it difficult for load balancing routers, Neilsen noted.

"We kind of mess them up," he told IT PRO, saying the company decided to look to apps to see what was happening. "If we got some context from the application framework layer, we could do smart things."

VMware initially invested in SpringSource earlier this year, with this problem in mind as well as seeing what other interesting innovations the companies' people could come up with when left alone together. "We put our smart guys with their smart guys and gave them some petri dishes," said Neilsen, adding they came up with "cool things" so VMware decided to acquire the company.

Chief executive Paul Maritz added that VMware was "so impressed" that they "eventually put our money where our mouths are."

Assuming the deal passes regulatory approval, SpringSource will continue to share that "context" data with VMware, especially as it keeps developing Web 2.0 style apps. Neilsen said his firm wants to be "the best place to run those apps."

That said, VMware will still support Microsoft's frameworks, as well as PHP and Ruby on Rails. "We're still Switzerland," said Neilsen, adding the execs at VMware "felt like we needed to own one to understand the interfaces."

Martiz added that SpringSource would continue to be open source: "It's really important you don't cut off choice."

On top of this, VMware hopes SpringSource will help expand its offering in the cloud, by leading to more APIs and using more Java especially in management tools.

Why VMware is acquiring Pivotal and Carbon Black