Google has raised a lot of ire with its digital book plans, but what’s all the fuss about? 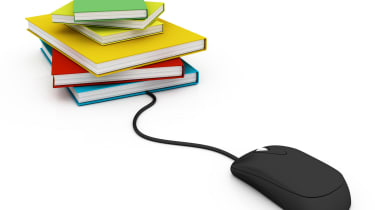 Over the past few days, the European Commission has been debating how to handle the digitisation of books and how to balance Google's plans to make them searchable with publishers' copyright claims.

That lets the material be searched, and in some cases, downloaded. Out of copyright material and public domain content can be downloaded as a pdf handy for those with an e-book reader but any other book only allows a few pages to be downloaded.

As of last year, Google had seven million books in its digital database. Of those, one million were in the public domain, and another million were there under agreements with publishers. Some five million are books which are no longer in print.

Who else is digitising books?

Microsoft tried a similar project, called Live Search Books, but gave up in May of last year. All that scanning didn't go to waste, however, as Microsoft passed its digitised content to the Internet Archive, which is now up to about a million public domain books.

The EU has its very own project, which includes photos, newspapers and other content related to European history. It hopes to have 10 million pieces digitised by next year.

Many universities have contributed to Google's efforts, passing over their digitised books and journals for inclusion in its database.

That sounds great. So what's the problem?

As ever with content moving online, there are a few copyright issues, balanced with the issue of making knowledge available.

Some of the out of print books that Google has included are actually still under copyright, and Google is running ads alongside the content, so there's also a question of who gets that revenue.

In 2005, Google was hit by two lawsuits. The first was a class action lawsuit from authors; the second was a civil lawsuit from publishers.

Both were settled last year when Google promised to create a Books Rights Registry to help manage the issue and said it would pay up 63 per cent of any revenue such as advertising to authors and publishers.

The terms of the agreement didn't please everyone, but it was enough to keep the project from being taken down. That said, Google still faces opposition from groups like the Open Book Alliance - supported by Yahoo and Microsoft.

The US deal doesn't technically apply to European books, so the EC is looking at hammering out a deal to include its own authors and publishers. Google has promised a similar sort of deal and two non-US seats on the Book Rights Registry, but it remains to be seen if that will be enough to calm European fears.

There are other problems, too. Europe and the US have different copyright laws, most notably the date when copyright expires. In the US, anything older than 1923 is fair game; in Europe, that's 1870. So Google would have to allow American readers access to content while denying Europeans.

On top of this is the monopoly issue, always looming with anything Google does these days. Some countries are somewhat concerned that Google will have all the access to their books, cutting out competitors.

Even the British Library is a bit worried about handing over rights.

The head of partnerships at the British Library, Simon Bell, said to the Times newspaper: "It is an absolute bedrock of anything we do that when we enter into a partnership for digitisation of content that we own the intellectual property on the digital object. So it might be commercialised for a number of years, but ultimately the ownership should then be fully taken back into the British Library so that we can then offer it via our website to the British taxpayer for free."

The EC is currently debating the issue and not just how to deal with Google. Commissioners are trying to figure out how to look at digital books, modernise copyright law, and how to keep publishers and authors in the loop.

That said, Commissioner Viviane Reding has previously expressed her support for Google's Book Search, and yesterday said: "Digitisation of books is a task of Herculean proportions which the public sector needs to guide, but where it also needs private-sector support."