The Pre may not have yet arrived in this country but its follow up has just been announced for the US and is called the Palm Pixi. 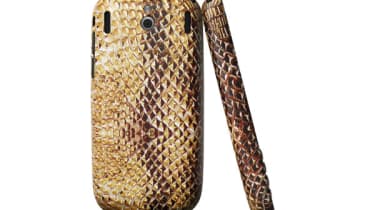 Palm has introduced the Palm Pixi, a follow up to its Pre smartphone and said that it will appear on the Sprint network in the US by the end of the year.

Despite the name, the Pixi is longer than the Pre but it is more slender, measuring 55mm x 111mm x 10.85mm. Like the Pre, it will have 8GB of internal storage.

The Pixi will also run Palm's WebOS, bringing with it all its unique features such as the combined contacts database that pulls in information from Facebook. It will also get full multi-touch support on the screen and the gesture area underneath the display. That display will offer the same 320 x 400 resolution, but will be smaller at 2.63in compared to 3.1in on the Pre.

The Pixi also differs from the Pre by featuring a fixed rather than sliding Qwerty keyboard underneath the screen.

Other features include messaging support for Google Talk, AIM and Yahoo and full Exchange ActiveSync support.

To indicate that Palm is going after a different market, Palm has revealed a selection of designer case, featuring artistic designs.

The Palm Pre is due to be released in the UK on O2 in time for Christmas.