What to expect from Windows Phone 7

Windows Mobile 6.5 may be on its way, but what about the Windows Phone 7 – the next step in smartphone tech for Microsoft? 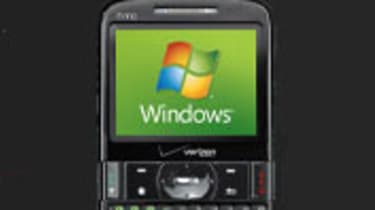 With the launch of Windows Phone 6.5 looming, phone addicts are already looking towards Microsoft's next release, Windows Phone 7.

Although there are few details available about what improvements we'll see with Windows Phone 7 - also known as Windows Mobile 7 - it has been hinted that the operating system will be aimed more at the consumer market, although Windows' traditional business credentials will still remain under the surface.

Analysts and journalists alike are sparking rumours that Windows Phone 7 will be built from the bottom up, redefining where Microsoft stands in the smartphone space - after previously being dubbed as antiquated and quirky.

Other pros in the mobile field are predicting that two platforms will co-exist with 6.5 being a budget OS that will take on Android devices and Windows Phone 7 being a premium version that will take on the iPhone.

Just last week, Hand Huang, Chinese senior engineer at Motorola reported on his LinkedIn profile that he has seen a Beta version of Windows Phone 7, and it is expected to be released to manufacturers in April next year.

However, rumours suggest that October 2010 will be when we'll start to see devices appearing that run on Windows Phone 7.

James McCarthy, Microsoft's business marketing manager, said: "Steve Ballmer has mentioned publicly that Windows Mobile 7 is slated for release in 2010 and we're always working with our key OEM and operator partners on future products, although we have nothing formal to announce for now."

However, McCarthy did give us a hint about what Microsoft is working towards.

"In the future, we are looking to deepen our development work with a handful of key OEMs at the hardware design phase, with much more carefully defined hardware specifications to match software requirements, which in turn will deliver even more powerful mobile experiences for our customers.

"This has led to this chassis' concept that is familiar to the work Microsoft does with hardware partners in the PC industry to create high quality products."

So Microsoft will not be creating its own smartphone using Windows Phone 7, but will work more closely with OEMs such as HTC and Acer to create the hardware that will incorporate Windows Phone 7 as a key factor in the phone's design.

So what specifics can we expect in terms of hardware?

Microsoft has always introduced its higher-end devices as touchscreen handsets, so it's a fair guess to say that handsets using the new OS will feature a touchscreen.

As the devices in the range will be flagship handsets, it's likely they will incorporate the more responsive capacitive screen as seen on the Apple iPhone.

Windows doesn't currently have support for a capacitive screen, and the company has admitted that it's behind the market, especially when it comes to the consumer smartphone end.

With its recent steps to capture this market and ensure its customers only have one device rather than two - such as a business and a personal phone - it's reasonable to suggest that Microsoft will also include improved multimedia features.

Windows Phone 6.5 will feature the Windows Zune interface as seen on standalone media players, so a more iPod-like experience can be expected on Windows 7 as the multimedia capabilities evolve, as well as increased storage to come in line with other multimedia phones.

In terms of multiple application operation, Windows Mobile devices can already support up to 31 individual applications running at the same time. However, with faster processors becoming the norm - for example Qualcomm's Snapdragon 1GHz processor as installed in the Toshiba TG01 - it's reasonable to suspect that any device running Windows Phone 7 will have to include a faster processor to allow you to run infinite number of applications at any one time.

Converged devices are nothing new, so it won't be a surprise to GPS, Wi-Fi and HSPA onboard any new Windows devices.

Pre-installed software could be something to appear on newer handsets too, especially with companies such as Microsoft bringing its Office suite to Nokia S60 phones. Microsoft won't want to create a bigger threat to itself by licensing Nokia to use its Windows Live products.

Matt Hatton, analyst at Analysys Mason thinks that guessing what will be included in Windows Phone 7 is harder than just naming features though.

"All has been hush-hush over what'll be on Windows Mobile 7. I assume they'll work on an improved UI but everything else is guesswork," he said.

"It - or rather 'they' as there will be multiple phones from multiple vendors - will fit squarely into the high-end smartphone category.

However, he too thinks Microsoft has been left a little behind in the smartphone category.

"There's some stiff competition out there from the likes of Apple, Nokia with its new Maemo device the N900, the Palm Pre and all those Android devices. Plus BlackBerry, of course."

One major software tweak coming with Windows Mobile 6.5 is the introduction of Windows Market, and the success of this alternative to Apple's App Store will lie in the take up and how Windows Phone 7 will build on the success after launch.

Hatton explained that the way app stores work is changing and this is something that Microsoft needs to take into account.

"Apple changed the applications game with its app store but it's a relatively easy model to replicate as long as you have the scale to ensure it's worth developers' time developing applications."

Although it's hard to predict what Windows Phone 7 will bring specifically, especially as we're still awaiting the revamped 6.5 OS, it's important that Microsoft updates its antiquated mobile interface to move in line with other smartphone manufacturers.

"The mobile market is fast moving and Windows needs constant innovation if it wants a place at the top table of smartphone operating systems. I saw 6.5 as an interim measure anyway," concluded Hatton.

Read on to find out which mobile platform is best for business.