Camera equipped iPod nanos arrive as expected but it’s Steve Jobs appearance that proves to be the highlight of Apple’s latest show. 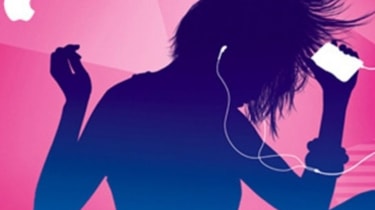 As expected, Apple unveiled next generation camera equipped iPods at its latest event in San Francisco, but product-wise there was nothing of significance for the business community.

Most analysts had expected him not to show for this latest event, but a thin but otherwise healthy looking Steve Jobs walked onto the stage, his first stage presentation since October 2008, after he stepped away from Apple for six months following an illness. His appearance is expected to settle markets.

Nevertheless, he soon handed over to Apple vice president Phil Schiller to show the arrival of a camera equipped iPod nanos, which Jobs said was down to Apple wanting in on the growing video market.

The nano also features a slightly larger 2.2in screen, a new anadonised finish, and five new colours. Also included is a microphone, a speaker, a pedometer, and for the first time on an Apple iPod, an FM radio. Pricing was revealed as $149 for the 8GB and $179 for the 16GB version.

The iPod touch also as expected got a capacity bump to 64GB ($399), while it and the 32GB ($299) now get the same processor as the 3GS, making them noticeably snappier. Meanwhile the 8GB drops to a more wallet friendly $199.

The iPod classic, despite rumours to the contrary, lives to fight another day, and gets a capacity bump to 160GB for a reduced price of $249.

The shuffle also gets some attention with price drops - $59 for the 2GB, $79 for the 4GB and a new special edition stainless steel version at $99.

iTunes 9 also arrives, which Jobs said sported a much cleaner look. It now features an upgraded Genius' technology, the ability to manage your apps from within iTunes and iTunes LP which will bring extra features such as liner notes, lyrics and videos to albums, to recreate the extra content that used to accompany records, but with a modern twist.