The VoIP market is seeing great revenues as it continues to rise despite the recession. 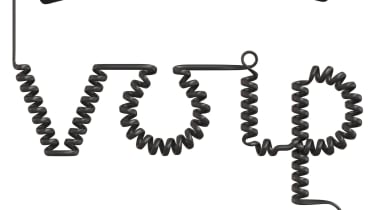 The voice over internet protocol (VoIP) market is rising as other networking and telecommunications markets feel the pinch of the recession.

A new report out today from the Dell'Oro Group has shown the VoIP market increased its revenues by seven per cent to $737 million in the second quarter of 2009, as service providers restock equipment and purchase infrastructure to keep up with customer demand.

"Although the weak economy and lack of confidence in business conditions have severely reduced spending on network modernisation projects, subscriber facing equipment has seen only a modest negative impact, and business voice-over-broadband licenses on both softswitches and voice application servers remain a bright spot," said vice president of the Dell'Oro Group Greg Collins in a statement.

The report said that a lot of smaller networking businesses have gained market share thanks to the rise, although Nortel still heads up the area. In fact, other large firms such as Huawei and Nokia Siemens Networks have seen their market shares fell.

In contrast to the rise of VoIP, this week Ofcom released a report showing how revenues for voice calls over fixed and mobile lines had fallen by four per cent.