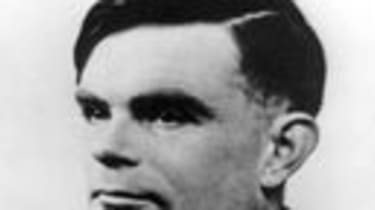 After helping win the war by breaking the infamous German Enigma codes, Turing was accused of "gross indecency" because he was homosexual, and forced to choose between jail time or chemical castration in 1952. He chose the latter, and killed himself two years later.

With the anniversary of the Normandy invasions pushing war-related issues to the forefront, many have had the issue on their minds, including over 31,000 who signed the petition.

On behalf of the British government - and in direct response to that petition - Brown said in a statement: "We're sorry, you deserved so much better."

"While Turing was dealt with under the law of the time and we can't put the clock back, his treatment was of course utterly unfair and I am pleased to have the chance to say how deeply sorry I and we all are for what happened to him," he continued.

"He truly was one of those individuals we can point to whose unique contribution helped to turn the tide of war," Brown added. "The debt of gratitude he is owed makes it all the more horrifying, therefore, that he was treated so inhumanely."

The petition was submitted by tech writer John Graham-Cumming, who posted a note via his Twitter feed: "Thank you to everyone who helped make the Alan Turing apology happen."

In a blog post in August, Graham-Cumming said "since I fully don't expect the British Government to actually apologise, I have an alternative suggestion" - to show support for Turing's legacy by donating to Bletchley Park, the site of his code-breaking efforts.

Brown echoed that sentiment in his own statement, asking for donations to Bletchley Park, despite his own government repeatedly refusing to give funds to the struggling historical site.