HP takes a second stab at the netbook with the Mini 5101. Is this the best portable corporate computer you can buy? 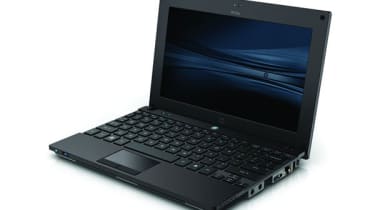 Soon though, the huge success of those early netbooks, timing conveniently with the onset of the recession, saw the world and his dog jump on the bandwagon and now everyone, bar the technologically snobby Apple, has one on their roster.

However, though the netbook was feisty and youthful it was far from the Peter Pan of computers, for it most certainly wanted to grow up and in the guise of the HP Mini 5101, grow up it has.

There's no sign of the cheap look plastics, slightly dodgy keyboards, and blurry screens of its cheaper brethren the Mini 5101 has a fully executive look and feel. Of course, HP has done this before, with last years Mini 2133, but this year's effort is better, and not just because of its smart piano black and matt finish that the whole machine is encased in.

Let's start with it closed. The brushed aluminium effect and silver HP logo combination on the lid offset by the smooth black strip running across the top, is pure class. Open it up and the glassy black bezel also looks the part. Beneath the screen though it's the keys that draw the eye, being raised squares that look like they've been hewn. It brings to mind a black Macbook, which isn't a bad visual reference. Bang in the middle above this is a neat round silver power switch, while to the left are two small shortcut keys that launch the default browser and your mail client.

But it's not just the way the Mini 5101 looks, it's also the way it's built. There's no creaking plastics here it feels plenty sturdy with solid rubber feet on the base.

Typing, one of the bug bears or so many netbooks, benefits from the spaced apart position of the keys, though there's no getting away from the fact that the small size of the machine makes things slightly cramped, but that's something you'll get used to.