If you want to make a big impression on your clients then this 103in digital display ought to do the trick. But does it have the quality to match its dimensions? 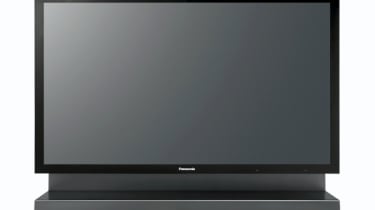 The only potential area of concern regarding the 103PF10EK's specification is a slightly uninspiring for plasma - claimed brightness level of 1000cd/m2 that could concern people looking to place the screen in a very bright environment.

As we start assessing the 103PF10EK's performance, one further feature warrants an immediate mention: a Super Cinema Mode. This mode, claims Panasonic, has been perfectly tuned to deliver a reference monitor level of colour reproduction, suggesting right away that Panasonic believes its screen to be unusually good at presenting video content. 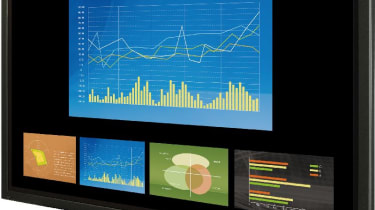 And so it proves. Running a selection of HD video content, either from Blu-ray or embedded into digital signage software, the screen produces results that are nothing short of mesmerising like having a full-blown Odeon cinema in your work place.

There are two main reasons aside from its sheer size why the 103PF10EK is so much better with video than most of its pro-screen rivals. First, it's actually capable of producing a convincing black colour, avoiding almost completely the grey wash over dark scenes or image parts that plagues so many professional displays.

Second, its colours exhibit a rare subtlety of palette and blend, avoiding digital signage's tendency to favour gaudiness and aggression over tonal finesse.

More minor video successes include the screen's freedom from the motion blurring phenomenon that can trouble LCD-style screens, which in turn helps it make HD video look blisteringly sharper. Even standard definition doesn't look as messy as you might expect.