What's next for virtualisation?

Virtualisation is evolving so here's our rundown of the next trends for the ever-changing technology. 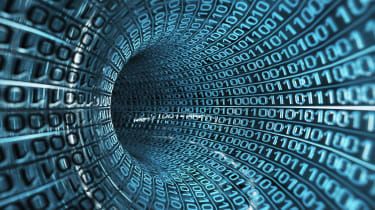 After a week at VMworld in San Francisco earlier this month, a few trends seemed to emerge in the virtualisation world.

Here's our rundown of the top few. Make sure you're keeping an eye on these virtualisation trends so you don't get left in the virtual dust.

It'll be years before mobile phone virtualisation becomes commonplace, but VMware is already in talks with un-named manufacturers to put hypervisor onto handsets. The first round of such phones are likely to just use a virtual machine to run legacy software, but within a few years, IT administrators could be placing corporate virtual machines onto personal handsets.

Why do this? It will cut costs, as it lets employees use their phone of choice. As mobile head Srinivas Krishnamurti noted at VMworld, the types of business workers who are given courtesy phones from work tend to be able to afford their own, and want to use just one across both work and play.

It also lets IT admins manage corporate handsets a bit more easily, in the same way they would any other client device.

Virtualisation is already showing up in some novel ways on phones. There are already a few apps for the iPhone that allow access to virtualsed environments, to let admins restart servers from their handset, while others bring desktops to the phone.

In fact, handset makers might want to offer virtualisation so their own devices can access Apple's App Store, to keep people from buying an iPhone just for the applications.

"From a consumer standpoint, when you buy a [handset], you're stuck on an island of apps," said Krishnamurti.

Although, as VMware admitted, Apple might not be too happy about that.

Greener IT has always been a selling point of virtualisation, mostly because it cuts down on servers and other hardware being used, and the power and cooling associated with them.

While that's no small saving, taking virtualisation deeper and automating management tools means at slower times workloads can be consolidated onto fewer servers, letting unused ones be powered down.

This can only happen if you're entirely sure what each virtual machine is doing, so decent management software will be required...

So you want to move data to the cloud, but you don't want to risk a data breach or break any local regulations. New management tools mean policies can be applied to virtual machines and the data inside them, telling them to be held under specific security ratings or be kept in certain geographies.

This will help keep data safe and in the right spot, while letting other data move to possibly cheaper clouds overseas. As more and more data is virtualised and moves to the cloud, keeping track of exactly where it is will become increasingly important.

"Many companies are bound not by tech constraints, but by regulatory constraints," said Paul Maritz, VMware's president and chief executive. "Many regulations change more quickly than technology."

People move, companies spread. Neither of those events are new to business, nor are the challenges of keeping workers online and hooked into corporate systems regardless of where they travel to.

Virtual desktops are one way of dealing with this. Each worker has a desktop they can access, on a thin client terminal, thick client like a laptop, or even on a mobile phone or other smaller client device.

It can also let admins keep a tighter watch of what users are doing on their desktops. "The one I like is you can self-destruct [a VM] if you don't like someone's behaviour on the desktop," said chief technology officer Stephen Herrod.

On the other hand, why do we need to be jet-setting around the globe to use the technology at hand?

Virtual desktops could be one way to give into the consumerisation of corporate IT, by using virtualisation on thick clients like laptops instead of just thin client terminals. Workers show up wanting to use their MacBook instead of the standard Dell, while others want to access work from the desktop at their home.

By deploying virtual desktops, IT departments can effectively let their firm's workers choose their device, then give them access to their work materials via a virtual machine.

"IT would like to get out of the business of owning IT," said Herrod. "Users want to use something personal to them."

Indeed, while a desktop over a network may work for many, it won't work for all and others will want to take full advantage of their shiny new laptops multimedia features.

For this, admins can use offline modes, sending all the applications and files associated with the virtual machine to live on the computer, and updating them when the computer connects to a network.

On top of that, it lets users store some data on their hardware, which also makes sense for businesses. As Maritz noted, you don't want to go from the cheap storage on laptops to the most expensive that found in a data centre.

So really, adding virtualisation to thick clients could offer the best of both worlds for many businesses so expect to hear more about it.

Because virtual machines are trackable, it's easy to see exactly how much money each bit of IT costs. That new marketing project? HR's new system? It's easier now to see the costs associated with each how much licences will cost, how much the energy bill will total and so on.

Why this can lead to utility computing, with IT charging other departments for what they use, it can also help give business leaders more clarity on how much new projects will really cost before the project's finished, instead of after.

You may have heard of cloud computing? It's this small trend that's been creeping into IT... while there's been lots of hype, it hasn't yet taken off for most companies.

Indeed, moving to the cloud isn't easy if your systems are sitting on virtual servers. It may be easy enough to run development and new projects in the cloud, but everything that's sitting on hardware is going to take some work before it can move off-site.

But virtualised systems are already in a nice little bubble and they're already used to being moved around. The cloud is just another place to move to.

"Virtualisation is one of the few technologies the only technology which can really provide the evolutionary path to that change," said Martiz, speaking at the conference.

VMware acquired SpringSource earlier this year, and plans to keep it focused on open source. Maritz et al also frequently reference the song Hotel California although they often get the title and lyrics incorrect noting the "you can check out any time you want, but you can never leave" is the exact opposite of what companies want to do with their data.

"We think there's a distant and growing role for open source," according to Martiz, who suggested that most companies use a hybrid of open source and proprietary software.

He predicted that the elements of virtualisation most directly facing developers will stay or become open source.