Boston’s Igloo appliance delivers an exclusive first look at Microsoft’s latest Windows Storage Server 2008. It’s been a long time coming and we find out whether it was worth the wait. 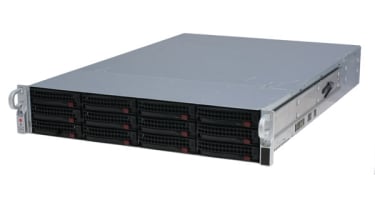 Despite being announced way back in May we thought we'd never get to see Microsoft's latest version of its storage software but, courtesy of Boston's Igloo, - Boston (01727 876 100) - we can now bring you the very first review in the UK of Windows Storage Server 2008 (WSS2008)

WSS2008 is only available to Microsoft's OEM partners so, as with previous versions, you can't buy it off the shelf. Each partner takes the software, puts in on its own hardware platform and adds its own tweaks. Boston certainly impresses in the hardware department as the Igloo is an all-Supermicro package equipped with the latest Series 5500 quad-core Xeons. 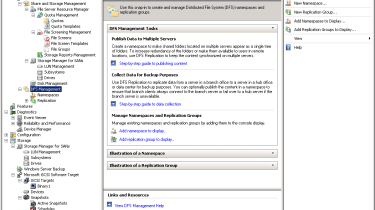 All WSS2008 features are accessible from the Server Manager which provides wizards for every imaginable task.

There's a generous storage capacity for the price as this 2U chassis has all twelve hot-swap bays populated. For the OS, Boston has used a pair of high performance Seagate Cheetah 15K.5 SAS drives configured as a mirror, whilst for general storage duties you have 10 1TB Barracuda 7.2K SAS drives in a RAID-6 array.

The most important new feature of WSS2008 is the wholesale move to the Windows Server 2008 architecture. Microsoft currently offers four SKUs with WSS2008 Basic aimed at desktop NAS applications. It's only 32-bit, has some heavy restrictions of storage capacity and RAID options and doesn't offer iSCSI target capabilities. 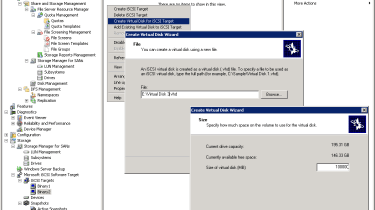 The iSCSI target software is 64-bit only and now comes as a standard feature rather than an option.

The Igloo comes with WSS2008 Standard, which has all features switched on and effectively has the same support for memory, RAID and storage capacity as Server 2008 Standard. With the 2003 R2 version, Microsoft charged extra for the iSCSI target software but now includes it free of charge. It's 64-bit only and initial support for 2TB LUNs (logical unit numbers) has been increased massively to 16TB.

Remote management is via RDP and storage functions are all accessible directly from the Server Manager interface. Setting up shares is a cinch as a provisioning wizard takes you through the entire process including NTFS permissions, sharing over SMB and NFS and access restrictions. For shares you also get all the file screening, quotas and storage report features as standard.