The danger of social networking to business

After DSGi employees put that firm in the headlines with comments on Facebook, should businesses be afraid of social networking? 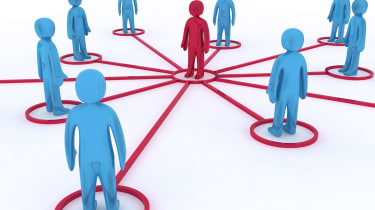 It gave the media easy headlines when, earlier this month, it was reported that staff from PC World and Currys were contributing to a Facebook group that was, it's fair to say, being less than complimentary about some of the stores' customers.

Even the assertion from the DSGi group that controls PC World and Currys that many of the postings were from former members of staff couldn't put out this particular fire very well. Unsurprisingly, the story very soon grew legs.

Comments such as calling a customer a "retard" or describing them as "hardfisted" (and there are plenty of other examples) were widely reported, leaving DSGi attempting to shut the proverbial stable door long after its equine occupant had left.

Yet while many who viewed it saw the whole thing more as an entertaining, diversionary news story, it inevitably re-opened the debate about the power of social networking, and how it should be controlled within business.

In this particular case, of course, it was worse than that: how can you control - and should you want to control - what employees do in their spare time, or after they've left your business? Even when they're leaving their real name?

Just controlling social networking in work time itself has proven something of a minefield.

In recent months, Facebook and Twitter in particular have regularly been high up the agenda, not least for the recurring stories about business and public sector organisations blocking access to the likes of Facebook in working time. Last month, Portsmouth City Council blocked access to Facebook, citing the loss of 71 working days a month among its staff in July alone.

It's a fair bet that most IT managers across the country at some point have had to siphon off some of their working time to at least discuss the issue. And while some suggest a blanket ban has worked, it still doesn't stop people logging on out of hours to have their say.

But, ultimately, what can be done? The major problem that businesses face here is control. Put simply, it's impossible to keep tabs on what people write and do across social networking sites, just as it's impossible to impose rules on what can be discussed on a walk to the shops. In some ways it's worse with the internet, where it's not tricky to find a cloak of anonymity to hide behind, even if many choose not to.

Thus, more and more firms are becoming, with some reason, worried about the threat that social networking is causing their businesses.

One inappropriate comment reaching the wrong person could easily lead to a lost customer, whether they're looking to buy a new radio or place a multi-million dollar order. That comment could be on a personal blog, a Twitter post or one of the other many guises of web 2.0 technology.

The irony is that more and more businesses are actively searching the same services to find out just what their staff are saying about them, and you can bet that DSGi's competitors were on Facebook within minutes of that particular story breaking try and find open staff groups for many DSGi rivals and you'll struggle.

What makes the DSGi example of greater concern, of course, is that it is comments posted outside the workplace (and working hours, presumably) that have caused the problem.

While it would, in theory, be relatively straightforward to limit social networking in working hours, the simple truth is that, out of hours, there's little than can be done. In the letter of the law, there's an argument that libel laws can be called upon, yet this would, certainly in the case of a major business, potentially make a big story even bigger.

The last thing that any firm wants is to pour fuel on a problem that's already causing its fair share of headaches. And a business suing an individual generally by default plays out like the big name picking on the individual. It rarely ends well.

Yet maybe all is not lost, and common sense should prevail. There's an argument that, for all the negative press, social networking sites can be turned to a company's advantage.

Already, we hear stories of businesses who are scoping out applicants by hunting around the likes of Facebook and MySpace, but there are many others who are actively embracing services such as Twitter to help promote their company. And they're doing it effectively at that.

Arguably the biggest danger of all where social networking is concerned is to fold in with the hype, and then introduce ill-founded blanket policies that increasingly tend to antagonise, and decreasingly seem to be effective.

For some businesses, inevitably, a blanket ban will work, and many have reported that that's the case. For others, a more compromised solution may be the answer, and might even lead to friendlier comments out of hours.

The concern, inevitably, is when the fear induced by headline writers leads to the implementation of business policy, without even a search as to how much the likes of Facebook affects a particular business.

Ultimately, whether they're in work time or not, there's no foolproof way to stop a member of staff spreading tittle tattle. Out of hours, people have always grumbled about their job, be it in the pub, in e-mails or over the phone. The difference is that the technology has changed, and the methods by which people can voice displeasure have evolved too.

To be fair, the goalposts are altered with the DSGi example, in that this was an open group that any member of Facebook would be able to view. But the simple truth is that social networking has become another avenue by which people can have their say on a business, good or bad.

Should businesses be fearful of this? Absolutely. As DSGi found, when the wrong comments arrive in the wrong place, there can be a price to pay.

But it's simply unrealistic to think that there's a method by which this can be technically managed. As generations of bosses have discovered, people will do what people will do. And it's simply impossible to introduce a foolproof policy to legislate for that.