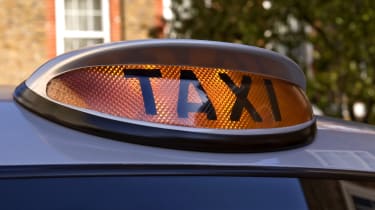 With more than 55,000 mobile phones lost in black cabs every year, Londoners are four times more likely to be victims of identity theft than anyone else in the UK, according to the British Computer Society (BCS).

A survey of 300 cab drivers revealed that London is the UK's "black spot" for information loss, and that young, single professionals are the most vulnerable demographic.

To help combat the issue, the BCS has launched a taxi cab advertising campaign urging Londoners to be aware of the risks associated with data loss and advising them on how to take measures against it.

"Londoners must realise that losing their phones, laptops, handbags or briefcases is like giving a thief the keys to your home. It's time to take more care of your personal data," he added.

Londoners left an additional 6,193 devices, including laptops, in black cabs this year.

"It is important that people protect their own information," said deputy information commissioner David Smith, in a statement. "This initiative will help make sure that personal information does not end up in the wrong hands."