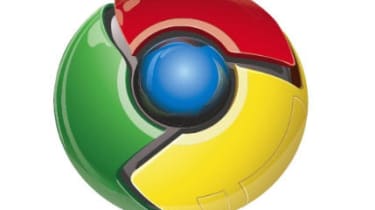 Rollover a thumbnail and a toolbar pops up at the top. You just simply click the pin to keep it in place, or click on the x' to remove it, or click and hold to drag it around. The recent bookmarks have all been moved, while if you choose to you can display the recent pages as a list rather than a grid. Also new is a Chrome tip', which defaults to hitting F6' to place the cursor in the search bar which is a typically handy speed-optimising tip.

The Omnibox, which is Chrome's single home for entering web addresses and searches now adds contextual icons', which appear as you type, giving you a visual clue as to where your previous searches are located. This is a nice touch as the single box approach can makes things a little confusing.

Other than that, there's nothing else that's different on the surface, which does suggest that that the move to an all-new version number is a bit of a stretch. It certainly seems odd that there's still no RSS reader feature built into the browser go to IT PRO in Firefox and you'll get an orange RSS feed button but there's still nothing like that present in Chrome.

Also absent are the plug-ins and extensions that are so beloved of the Firefox community and can make all the difference to many users. However, Google has just recently added support for extensions to the developer preview version of the browser so it should, hopefully, make it into the next release of Chrome. 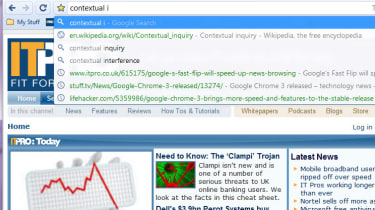 While the flexibility of Firefox is still a glint in Chrome's mainstream eye, it has to rely on its pure speed to entice the attention-deficient that are the world's web users. If you've got a taste for speed, Chrome could well turn out to be one of your best friends. In the Sunspider benchmarks, which test JavaScript performance and are freely available for anyone to try, Chrome has extended its lead by some margin, giving us a score of 750ms an improvement over the beta which came in at 950ms. In this case, lower is better.