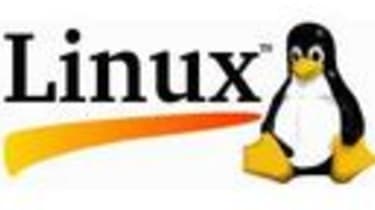 "As vendors and users seek wider and deeper placements of Linux in the IT infrastructure, and new hardware features demand OS support, an OS will inevitably expand," he said.

However, fellow Gartner analyst, Rene Millman, agrees with Torvalds that an OS doesn't need to be overcrowded.

He said: "It would seem odd for a modern operating system to become ever bigger. Vista proved that people didn't want an OS that came with the kitchen sink and now with the release of Windows 7 and the recent launch of Snow Leopard, we are now seeing a return to 'minimalist' operating systems."

"With functionality and applications moving to the cloud and netbooks becoming ever more popular, there is no real need for an OS that does everything."

Indeed, Apple has adopted a similar approach, serving up its latest Leopard operating system as more of an update than an all-singing, all-dancing full-blown release, according to IT PRO's technology editor Benny Har-Even.

"After years of being accused of producing weighty overblown operating systems, culinating in the much maligned Vista, Microsoft took note and spent a lot of time and effort ensuring Windows 7 was more nimble on it's feet, so much so that it can even be used on netbook," he said.

"Apple had less of an issue to address with Snow Leopard but with its latest update it has stripped out unnecessary drivers to save GBs of disk space and honed the interface to make Mac OS X slicker than ever."

So is there a diet plan that Linux could go on to get back to its former slender self?

"Of course, there are ways to introduce code efficiently versus poor coding practices that produce unwanted bloat of negligible value and negative consequences in performance," added Weiss.

"There have been alternatives to reducing unwanted feature code and optimising performance such as deploying the applications as an appliance."

But a modular OS is the key in Weiss' opinion.

"This is where the Linux kernel developers should focus to complement the IT architects and systems administrators in configuring standard optimised configurations matched to the server application roles."