iPhone users are still visiting the Apple App Store in droves, having downloaded more than two billion applications to date. 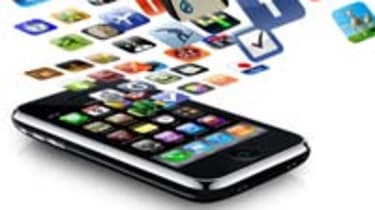 Apple today announced that users have downloaded more than two billion applications from its App Store.

The news comes on the same day that mobile phone fans discovered that O2's exclusive hold over Apple's iconic iPhone is coming to an end as Orange will be offering it to UK users on its network by the end of the year.

More than 85,000 applications are now available to the ever-growing iPhone and iPod Touch user base, which Apple reckons stands at around 50 million at present.

Back in July, the company celebrated reaching the 1.5 billion app download milestone, showing just how quickly things have changed in a matter of months.

"The rate of App Store downloads continues to accelerate with users downloading a staggering two billion apps in just over a year, including more than half a billion apps this quarter alone," said Steve Jobs, Apple's chief executive, in a statement.

"The App Store has reinvented what you can do with a mobile handheld device, and our users are clearly loving it."

Click here for our timeline of the App Store's first year.