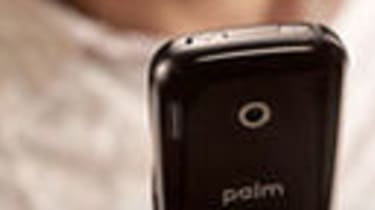 A prominent developer has refused to write any software for the Palm Pre as he claims its approval process is too restrictive.

Jamie Zawinski, one of the developers who created and ran Mozilla in its first year as well as Netscape Navigator, has written a blog post detailing his "ongoing Kafka-esque nightmare of dealing with Palm and their App Catalogue submission process" calling it both unacceptable and offensive.

He claimed to have got involved with the Palm WebOS early, developing two of the first applications it had submitted, but due to a lengthy approval process will not do any more work in this area.

Zawinski's first criticism is the invention of an applications store similar to Apple and Nokia's attempts.

"Taking a page from Apple's play-book, Palm has now decided that they have to be the one and only gate-keeper for all the software on your Palm Pre, in a way they never did on the Treo, Centro, or any of the earlier PDAs," he said in his blog.

"So if you, a developer, want to get your software into the hands of your customers, you have to beg and plead and wheedle Palm to distribute it for you."

However, his main issue was Palm's request that only the Palm App Catalogue could have the software and it could not be featured on anything else.

Zawinski's damming response to Palm read: "This is absolutely unacceptable, and frankly I find it offensive that you would ask for this."

He added: "This is open source software, and I will distribute both source and binaries any way I see fit, and give permission to anyone else to do the same. If this is a requirement for inclusion in your app catalogue, then I will stop developing for your platform at all."

After much back and forth between Zawinski and the company, where rules were changed, PayPal details demanded even though the app itself was free and an eventual lack of replies to his requests, the developer has now decided to give up entirely.

He made one final dig at the company concluding his blog: "Maybe it's time to look into getting an Android phone again."

IT PRO contacted Palm to get its response to the post but it had not responded to our request for comment at the time of publication.