As the choice of Google Android-based devices mounts up, we take a look at a selection of the most essential apps on the Android Marketplace for business users. 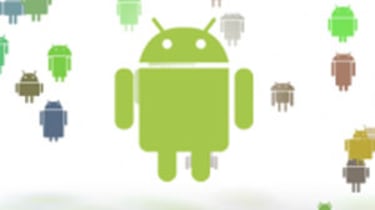 There's no doubting the rise of Android as a platform, with it making an appearance on many of the major mobile launches recently such as the HTC Hero, the Motorola DEXT and the Samsung Galaxy i7500.

Each of these, is likely to find their way into the hands of business users everywhere so to give you a starting point to explore the Android Marketplace we present 10 of our favourite apps for business users.

This previously appeared on our list of the Top 10 business apps for the iPhone, and it's no less essential here. The beauty of Documents to Go is that it not only lets you view your Office documents, (Word, Excel, and PowerPoint files), but you can edit them too. In addition, it also handles PDF files, so there's no need to clog your phone up with any other viewers. If you just need to view Word and Excel files you can make do with the free version but the full app is still good value at $29.99.

Twitter's value as a business application has now been firmly established, whether it's for keeping in direct contact with your customers, or even just monitoring the competition. Twitroid was one of the first Twitter apps on Android so has taken time to establish itself and it's now up to version 2.5.7. You can either go with the free app or pay-up for the Pro version, which costs 3.99 and adds features such as the ability to post videos and support for multiple users which is useful for keeping personal and business accounts separate.

Not too long ago people used to complain about the need for cameras in business phones, but apps like this make you wonder what all the fuss was about. The app lets you take a snap of a document and using the power of the modern smartphone it can easily convert it into a PDF file on the fly, which you can then email at your leisure. If you don't need perfect quality it's a lot easier than having to deal with the myriad of buttons on fax machines and means that if you see something you shouldn't when you're in the boss' office you can send it off in a jiffy. Actually, on second thoughts maybe companies should be worried...

With the amount of data we store on our phones, be it our valuable contacts and potentially sensitive business information it would seem madness not to back it up at regular intervals. Sprite Android Backup is highly regarded for its ease of use, and for the fact that it will actually restore successfully too, which is what you need in the event of a lost or corrupt device. The app looks after pretty much everything on your device, save for email, but of course you'll be using Gmail or Exchange for that anyway.

Location-based apps were for a long time just buzz words, but the GPS-enabled smartphone has been around long enough for those killer apps' to really start to come through. Locale puts the smart' into smartphone by bringing phone profiles into the 21st century. Instead of having to remember to turn your phone off when you're in that important meeting, it uses the power of GPS, Wi-Fi and cell mast positioning to work out where you are and turn your ringer off automatically. Alternatively, it can place your phone in a power saving mode when the battery is running low, and it can also send you a reminder to charge the phone as soon as you get home. Amazingly, it's a free app and is one of the most highly rated ones on the marketplace.