Microsoft's chief executive Steve Ballmer has acknowledged the problems with the firm's licensing, but said it's not so easy to sort it out. 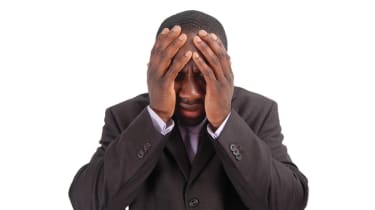 Microsoft knows its licensing is a problem, but don't expect it to get any simpler anytime soon, chief executive Steve Ballmer has said.

At a Microsoft event today in London, the boisterous Ballmer was put on the spot when a question regarding the complexities of the software giant's licensing gained enthusiastic applause from the audience of customers and journalists.

While he acknowledged the problem, Ballmer said it wasn't likely to be solved anytime soon. "I don't anticipate a big round of simplifying our licensing," he said.

Ballmer admitted that Microsoft's licences had some "gotchas" in the fine print, and said that "our people" shouldn't necessarily be hassling companies over issues in that fine print. "I'm sure we have fine print we don't need. We're not saints," he said.

But he claimed that the finer details of the licensing system give some companies the opportunity to save money. "Customers always find an approach which pays us less money," he claimed.

"Every time you simplify something, you lose something that people used to save money," he added, suggesting that even minor changes to the system could hurt some of its customers.

He added that customers don't want simplicity for the sake of it, claiming that the last time Microsoft tried that route, customer ratings of the firm "plummeted" for two years."