Does IT really have recession-busting powers?

A recent BCS event pondered whether IT could lead the UK out of the recession, while research from IDC and Microsoft this week suggested it has the power to lift the global economy. Fact or just well-intentioned fiction? 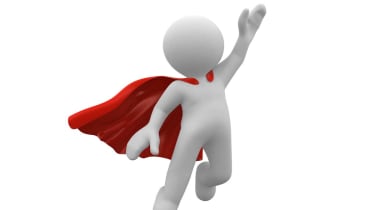 It's hard to pick up a paper, magazine or read a website these days without feeling a little down. The doom and gloom has got to such a point that even the most chipper of folk would be forgiven for frowning rather than smiling about the state of the economy.

While many have suggested we're now on the upward slant, it's hard to see evidence of that and everyone is desperately crossing their fingers, legs and whatever else they can for an economic white knight to come riding along on a stallion to save us all and put things right.

Could the tech world play this role? If recent industry debate and research is to be believed, it's certainly in with a fighting chance of turning things around.

Research released just yesterday by analyst IDC and Microsoft painted a much rosier outlook for the world than we're enjoying' at the moment.

The IT industry will create almost six million new jobs and more than 75,000 new businesses between now and 2013, according to the research. As such, job growth rate is expected to work out at three times the rate of total employment growth and show how valid a contributor the industry is to the economy, according to IDC and Microsoft's findings.

"Countries that foster innovation and invest in infrastructure, education and skills development for their citizens will have a major competitive advantage in the global marketplace."

As a global entity, Microsoft is no stranger to the power of technology. This year alone, those involved in Microsoft's ecosystem, such as partners and OEMs, will generate more than $535 billion worth of revenues for themselves. Money that, according to Microsoft, stays put in local economies.