Adobe has found a way to let developers use Flash to create iPhone apps, without any help from Apple. 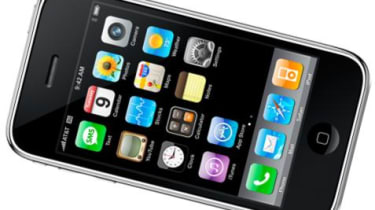 Flash is finally set to move to the iPhone with no thanks to Apple.

Despite its popularity with developers, Adobe's Flash has been missing from the iPhone since the launch of the Apple handset.

Adobe has now revealed that its Flash Professional CS5 will let developers create Flash applications for the iPhone as well as the iPod Touch.

Developers will be able to take the same source code for applications created in Adobe AIR or for Flash Player 10 and export them to the iPhone application format, making it easier for them to reuse applications and post them for sale in Apple's App Store.

CS5 is currently in beta and set to go public later this year. Adobe showed off some apps which have already been created with the beta, and said that its own web conferencing tool Connect Pro had been submitted to the App Store.

Yesterday, Adobe announced it was bringing the full version of Flash to handsets including Palm's webOS-based Pre, Google Android and Windows Mobile. That means those handsets can use Flash Player 10.1, which is still not available on the iPhone.

"The engineering teams at Adobe have succeeded in bringing the latest Flash technology to the iPhone, opening the way for the Flash community to deploy to the App Store," said Kevin Lynch, chief technology officer at Adobe, in a statement.

Juniper Research analyst Andy Kitson predicted that Apple will most likely add Flash to iPhones soon. "Apple has, so far, declined to involve itself in the project... but with RIM - its main rival in the smartphone arena - now having signed up, it does seem inevitable," he wrote in a blog post.

Click here for the top iPhone apps for business users.