How Google Wave could work for businesses

We get inside Google Wave to see what’s on offer for businesses and why you should sign up for your free account. 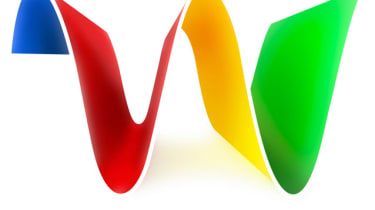 Like other social networking tools, Google Wave could be useful for businesses.

Google Wave is a real-time collaboration tool offering rapid media and file sharing and instant messaging. While aimed at a general social network audience, already there's talk about Wave as a potential rival for Microsoft's Sharepoint Services and collaboration tools used for project managing teams based at multiple locations.

Users can create a composite wave of photos, videos, maps and documents to which others can contribute and respond concurrently in real time and add their own files and content to waves.

Team members, customers or suppliers can join your wave as interested parties and receive notification of updates and even exchange instant messages with you and other members of the wave in real time as with MSN or Yahoo chat messengers. Playback mode even lets anyone rewind the wave to see who said and did what and when a useful audit trail for managers analysing how projects developed.

Google Wave's architecture is rather like a cheesecake built from three layers product, platform and protocol.

The product or application layer is built using HTML 5, the newest version of the internet's main programming language. It's HTML 5 that gives Google Wave its offline data storage capacity with document editing and history management that could prove so useful for businesses.

HTML 5 also includes support for new video and multimedia tags which may make plugins like Adobe Flash and Microsoft Silverlight a thing of the past. New generation browsers like Google Chrome already support HTML 5 media playback.

Finally, there's the Google Wave Federation Protocol which hosts waves consisting of files, media and real-time communication on Google's server and offers support for concurrent edits and the publication of waves on several different websites.

Can Wave be integrated with my business systems?

Business email, blog and wiki integration is likely, along with the emergence of video conferencing tools which exploit Wave's media support.

However, the extent to which Google Wave could potentially be integrated with existing business systems like customer resource and content management tools is still unclear.

A maps gadget has been built which allows employees to collaborate using Google Maps to plan events such as meetings, and it's probable that other apps will appear to integrate Wave's event planning with calendars in programs like Outlook and Lotus Notes.

Google Wave is also likely to become a hotbed of mashup applications using Google Maps to plot data and overlay business statistics. With Wave already offering support for custom html, there will also be scope for customising the look and feel of waves to match your corporate business website and to employ the same CSS stylesheets used to administer your website.

Could Wave potentially be used in CRM?

Google Wave already contains a robot application named Twiliobot which can record and transcribe phone conversations. Twiliobot works by using the Twilio Phone API and some Python and XML code to allow you to dial customer or contact phone numbers simply by clicking on a link.

Twilio then phones up that person's mobile or landline and the conversation is both transcribed as text and turned into an audio sound file - including MP3, Wav and AIFF formats - to which others can listen.

This technology opens up all sorts of CRM possibilities but potentially has some security and data protection implications. Inevitably, some conversations are private and confidential and not everyone will want them posted on the web. Twilibo tries to avoid this by ensuring each party has the chance to opt out of having the call recorded and transcribed, and only making a wave public if requested.

That said, Twilibot has two major limitations: it's currently limited to 10 digit US or Canadian numbers and the app itself transforms phone numbers into URLs which could be susceptible to unauthorised access.

Microsoft's collaboration tool SharePoint Services 3.0 offers many of the same features as Google Wave but operates entirely differently, making use of SQL Server technology to store content and relying on Microsoft's .NET and Sharepoint server framework.

Certainly Google Wave is attractive in being free and not incurring the same startup or installation costs, but while you don't need the same SQL/.NET/Windows Server skillsets within your organisation to administer Wave, any development will simply mean relying on another set of IT skills in terms of working with XML, JavaScript and APIs.

For now, SharePoint Services still has the edge thanks to its Microsoft Office integration and content control features such as permissions, version history, document check-in, and approval workflows. But it's quite possible an open source Google Wave could soon catch up.

What Business Apps will be available in Wave?

There are a number of robot business apps that will be available in Wave including Stocky, an app which allows you to type symbols like the dollar sign into a wave to get real time stock price data.

There's also Rosy, a built-in tool which works as you type both to translate instant messages written in foreign languages in real time and offers suggestions when typing in a foreign language to a business contact with support for up to 40 languages.

While still very simplistic, Bidder is a real-time auction tool displaying the current highest bid, and allowing you to enter your own bid for a product. In future, businesses may build product sales waves including video, images and documents associated with an item for sale combined with a similar auction bid or buy it now facility.

Google Wave shows real potential as a business tool with an ever-growing number of apps which could prove very viable in the world of work.

Just a week ago, Silicon Valley phone company Ribbit announced Conference, a wave extension that enables real-time audio collaboration between participants in a wave conference where people can talk as well as type simultaneously.

Chief executive Ted Griggs said: "The real promise of internet telephony lies in making voice a programmable feature - one that can be easily added to web pages, widgets, online communities and applications."

If all that appeals to you, get your business signed up here.