Hotmail is phished, IBM wants to read your DNA, Amazon announces the Kindle for the UK and it's revealed that the internet was created in Harlow. 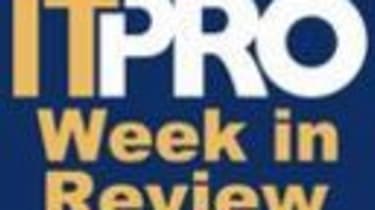 If you've ever felt that you could be read like a book, then IBM will want to hear from you, as it revealed that it is working on a genetic code reader', using nano-sized holes drilled into computer chips.

Microsoft's Hotmail service was the latest to come under attack from phishing this week, as it revealed that more than 10,000 accounts had been compromised. It probably wasn't so hard to gain access to many accounts though, as it came to light that many of the passwords were just '12345'.

At least Microsoft had some good news, as the EU dubbed its browser ballet solution a "very satisfactory resolution" to anti-competitive complaints.

Meanwhile, the US has claimed that it has cracked the largest phishing scam ever, in conjunction with Egyptian authorities.

Apple stormed off in a huff from the US Chamber of Commerce, saying that it disagrees with the chamber's policy on climate change.

Did you know that the internet was created in Harlow? Well sort of. Professor Charles K. Kao, dubbed the father of fibre optics', has been awarded the Nobel Prize for Physics for his groundbreaking work he did in the UK in the 1960s.

If you ever have trouble deciding what to wear to for work then things are going to get even tougher for you in the future as analyst firm Gartner has predicted that by 2013 enterprises will have to issue guidelines on the suitable appearance of avatars the little cartoon pictures that people use to represent themselves in the online world.

We also heard word that Dell is set to release a smartphone in the US with network partner AT&T next year.

Are you ready for digital books? Amazon has finally sorted out its licensing issues it seems, as it announced that it would be making its Kindle reader available in 100 countries worldwide, with it arriving in the UK on 19 October.

And if you're feeling like you no longer need the best part of 2,000 then Sony has an ultra-light laptop for you in the form of the X-Series notebook.