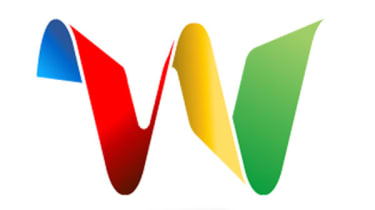 Every step of the Wave is captured and recorded, so that when somebody comes back to the Wave later they can see exactly what's happened step-by-step by hitting a Playback' button. Users can also scrub through to get quickly to the part of the Wave they want. It's like going through an email chain as you would a video.

A feature that really sets this apart from instant messaging is that you can actually go in and not just edit your own comments but everyone else's too giving it the flavour of a live Wiki.

In this sense, Wave can be described as a mash-up of email, instant communications and a Wiki. This is the draw for Google Wave as a collaboration tool.

Naturally it doesn't stop there. Once you have Google Gears installed you can drag and drop images into a blip and when you double-click them, they open up into a rather nice full screen gallery slideshow. You can also embed YouTube videos directly into a blip. 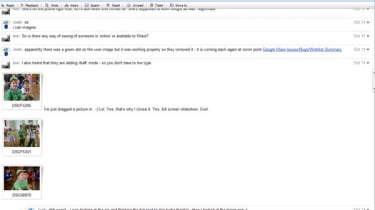 On top of pictures and videos, you can also embed applications, known as extensions or gadgets, which can range from games such as Sudoku, to weather applets or a serious line of business application. iGoogle gadgets will work within Wave straight away but developers can create their own thanks to the Google Wave open API.

As well as gadgets, you can also easily pull in robots, which are automated extensions. What these do is up to the developers, but you can, for example, have one automatically display the latest stock quotes or pull in a stream of Tweets.

While it all sounds logical when you break it down, it's hard not to feel overwhelmed the first time you get in. As you can reply to messages at any point, and respond within one blip or by creating a new one, a Wave can clearly become a messy mish mash. Wave etiquette and style is something that will have to evolve and develop over time.

There are also permission issues. At present, anyone can add you as a contact and pull you into a Wave whether you want to or not. You can mute' a wave though so it doesn't keep appearing in your inbox, and you can also flag Waves as Spam.