Thumbs up or down for the app approval process?

As our love for smartphones and addiction to apps grows, we take a look behind the scenes on how the companies go about approving apps for our consumption and whether the whole process is called for. 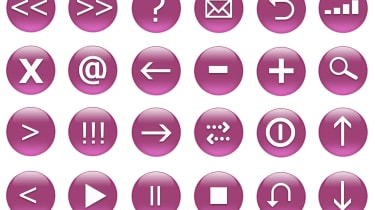 The seasoned smartphone user loves getting their hands on new apps. Be they weather forecasters, mapping devices or just the sound of a light sabre ask an iPhone user it is a high point of owning one of these up-to-date, shiny devices.

But not is all love and flowers when it comes to creating the apps and getting them into a store so we can download and enjoy them. Developers who submit the apps have turned a grumble about approval processes into a yell recently and when the creator and developer of Mozilla takes a pop, people tend to sit up and listen.

We take a look at four of the big guns in the app store market and give you an insight into what they offer, both to the customer and developer.

Let's start with Google's offering to the mobile application scene, the Android Market. Originally launched on 22 October 2008, the Market has 10,200 apps to date and the Google platform-based handsets are increasingly rising in popularity.

We have yet to see a real foot stamping comment when it comes to the approval process but perhaps this is down to the lack of one.

Google has left approval in the hands of Android users. All developers have to do is create the app, register with Android and publish it. It is then down to users to report any offending apps. Although, in August, the company announced just one per cent had to be taken down.

The company puts a big focus on calling it a market rather than a store due to its open source community philosophy and seems to be a favoured method with app developers.

Of course, there is the concern that a lot of the apps will be useless or even offensive but that is down to Android users to decide.

Next up is the overlord of the applications space, Apple's App Store. Launching before any of the others we are discussing, the app store came into our lives back in July 2008. To date the store has over 85,000 apps with more than 125,000 developers involved in the creation.

However, being the biggest and perhaps the best doesn't negate the App Store from criticism.

Unlike Android, Apple reviews every app submitted to go onto its store, which it claims is in order to "protect consumer privacy, safeguard children from inappropriate content, and avoid applications that degrade the core experience of the iPhone."

Yet the long and arduous process of getting an app onto this mammoth store has lead to many complaints as developers were waiting a long time for approval and were reportedly not getting paid for their work.

Extra criticism also comes Apple's way when undesirable apps such as Baby Shaker or I am Rich manage to work their way through.

Carolina Milanesi, research director at Gartner, told IT PRO its size is its downfall.

"[The] Apple App Store remains miles ahead of any other current offering simply because of the sheer number of apps and the ease of use of the store," she said.

"However, we think the success of the store is now becoming a burden as apps are much more difficult to find. Adding the genius has helped but it is still not the optimal solution."

The newest addition to the battle of the app stores is Microsoft's Marketplace. Only launched last week in the UK, the store has 751 developers involved and launched with about 200 applications so has some catching up to do.

It was launched alongside the new Windows Phone 6.5 operating system so may have a new lease of life that the others lack.

Microsoft lays out its approval process very clearly with a list of what is not allowed e.g. apps promoting other app stores, apps that enable VoIP and installation files over 10MB.

Perhaps youth is on its side, with so few apps available there have been few chances to complain. But a lot hangs on the performance of its new platform as previous Windows Mobile editions have not received much critical acclaim. If this platform performs well maybe the developers will follow.

Another relatively new contender is Palm's App Catalog but even in a relatively short amount of time, it has managed to cause controversy.

The Catalog as its known was launched on 6 June 2009 and has just 41 apps, but the Palm Pre is yet to even launch in the UK - until Thursday this week, that is.

It started just with free apps but in August allowed developers wanting to charge for their Palm webOS apps to submit them. All apps are reviewed, with a fee of $50 (32) per app but the company does waive a $99 programme fee for open source apps to encourage users.

However, it received a tirade of abuse from Mozilla creator and developer Jamie Zawinski, who was angered, not just by the time the approval process took, but the fact Palm wanted to have ownership of his open source software, not allowing him to distribute it anywhere but through the App Catalog.

Needless to say the respected developer made his thoughts known and refuses to do any further development for the platform. Such a high profile critic may well damage Palm's chances in the UK before it has even started.

So are approval processes a necessary and suitable way to look after both developer and user in this relatively new market space or just over protective hoops for developers to jump through?

Ian Fogg, analyst at Forrester Research, said: "It is in the interest of the companies [Microsoft, Apple et al] that they have app approval processes that strike the right balance between keeping developers excited and keeping consumers interested."

He added: "It is a balancing act. What we have seen is different companies tweak their processes. It is not fixed and everyone is learning. It depends on the app store but each faces different challenges and has a different balance. App stores like Microsoft's new marketplace are in launch mode so the key is to get developers engaged with the new platform. Apple however faces the challenge with having so many apps to maintain."

It is clear why apps are so popular with users but what do these stores or markets offer to the developer?

Gartner's Milanesi added: "The value of the actual app store for generating more than exposure for developers remains to be seen as most of the apps being downloaded are today free. However, we do believe that consumers will be looking for applications more and more going forward."

She continued: "Developers will be looking for a fair revenue share opportunity, an easy acceptance process and a wide addressable market. Some of the players that are today present with a store cannot offer all."

But as Milanesi points out, this is hardly an industry first. "Although this has generated a lot of attention the behaviour is no different from not allowing software or services on handsets that might cannibalise operators' ARPU such as Wi-Fi and VoIP," she said.

Rob Bamforth, principal analyst at Quocirca, believes the key for future apps is to keep the serious developers interested who can offer less frivolous apps.

"The problem [for Apple and the other vendors] is more at the head end. How to create a marketplace for serious developers to offer more sophisticated applications that pay back the development investment required for significant applications that businesses can depend upon, rather than iTat," he said.

"There's nothing wrong with volume and the breadth of quirky, fun and trivial, but there also needs to be a space for professional, valuable and serious. Over time that may mean more rigorous approval processes or at least some tier-ing and discrimination."

He accepted that this may not appear to be the case now but expects it to turn that way, from the business perspective of the developer as well as manufacturer.

"Certainly developers are being wooed by an increasing number of app stores, developer programmes and the like. But as well as having fun, learning new skills etc, most developers or their backers will need to turn a profit," Bamforth added.

"A lucky few will from selling high volumes of trivia, but businesses need real solid tools and ultimately consumers do too that's where the mainstream longer term money will come from."

The vast amounts of developers accept the need for an approval process and are happy to abide by sensible rules. But it seems the more strenuous and exhausting the approval processes, the more both the app stores, and in turn the users, will lose out.

It is not good for any company to put off some of the top developers in the business but whilst the likes of Apple feel safe and secure with its plethora of applications, smaller and newer stores need to attract developers to bring life and choice to their offerings.

We as users are still relatively new to apps on our phones and there is still an element of novelty that hasn't worn off yet, but the market will mature and the users with it, becoming pickier about what they deem a decent app.

These stores have time but the balancing act, as Fogg referred to it, needs to improve for the future to be certain for any of the app stores.