As one exclusive mobile network contract is signed, another one ends and devices open up to more operators. But what does this mean for users? 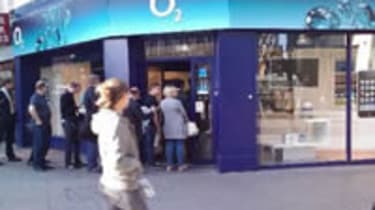 All good things come to an end. And this week signals the beginning of the end of an era for O2.

On Friday, it launches a shiny new device, in the form of the Palm Pre, exclusively on its network.

It's already had a swanky celebrity filled launch party, worked the journalist and analyst circuit and put big bucks into the marketing and advertising campaigns.

However, the excitement around this big event hides a sadness of sorts. For, while the iPhone has been completely monogamous to the network in the UK since 2007, the love affair will soon be over and the relationship opened up to both Orange and Vodafone.

The beginning, not the end

When news first broke about the iPhone's fate, many were quick to make bold statements about O2's future and how much of a dent the iPhone would make once it moved out of the exclusive home its shared happily with O2 for the past few years. But O2 was quick to step in to try and silence the critics.

In an interview with the Guardian, the company's chief executive Ronan Dunne didn't hold back.

"The only prize to win was the exclusivity period it was then going to multiple operators and we have known that all along. To suggest it's some sort of coup amuses me slightly," he said in the interview.

Dunne's words echo those used during a conversation IT PRO had with Marc Overton, Orange's vice president of new business, wholesale and strategy, on the day the company announced a new mobile virtual network operator (MVNO) agreement with Transatel a deal that will enable it to bring MVNO brands onto the Orange network in as little as six weeks.

"There are a lot of new initiatives. Next year there'll be more of that. Just doing what we've done is not enough," he said in response to suggestions that 2010 will be an exciting year for the company, which now boasts iPhone contracts in 28 countries and territories.

"The iPhone is a hero device. It's important to note that without the iPhone we still had a very aggressive portfolio in that segment of the market. It's part of a portfolio of devices, not just one device," he adding, referencing the company's efforts around Android and Windows Mobile 6.5. "This is a very exciting time for Orange."