Matt Chapman talks to HP about its recycling efforts and how they have evolved since the early days. 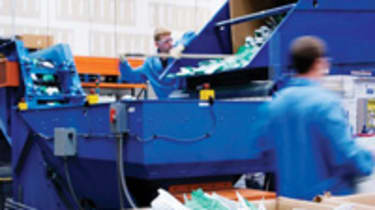 IT has a dirty little secret. Everyone seems to know that the airline industry contributes two per cent of the world's global greenhouse gasses, but who makes up the rest?

"The one thing that people don't talk about is that IT also contributes about two per cent," admits Bruno Zago, UK and Ireland environmental manager at HP. "The thing is, that IT figure is set to rise. It'll probably reach around four per cent across the globe by 2020."

Such an alarming figure isn't going unchecked by an industry that now finds itself fighting to conserve materials, improve efficiency and recycle more of its products.

"People totally underestimate the amount this industry invests in research and development pushing the boundaries forward. You've only really got to look back a few years and see just how fast we're printing now and how much the quality has ramped up in such a short period of time. The amount of investment that's gone on there is staggering," says Peter Mayhew, director at Lyra Research.

"It's inevitable you now see that coming out through environmental initiatives."

Zago says HP's green efforts began in 1992 when the company founded its Design For Environment programme, appointing product stewards to work from an environmental prospective. "Back in 1992 all the product designers were going, Yeah, yeah, yeah, nobody's interested in that at the moment. Get back in your box.' But now the product stewards don't have to go to the product designers anymore because the designers go to them saying, What have you got for me? How can I make this better?'" Zago reveals.

Zago claims HP has also expanded its environmental campaign in other areas of its business. Improvements in the supply chain mean HP knows where its notebooks are being shipped, cutting down two huge manuals to one six-page booklet written in the local language.

Meanwhile, laser ink cartridges have had their parts reduced by about 36 per cent, using fewer types of plastic. HP's latest laser jet printers also require 15 per cent less energy to fuse the ink to the paper and the cartridges are about nine per cent smaller by weight. Technology has similarly been introduced to reduce wasted energy.