Dual-boot approach will let users choose between Android or Windows 7, Acer has claimed. 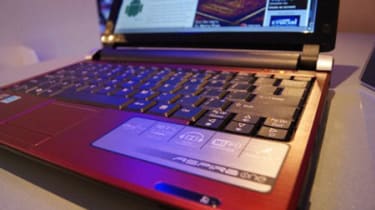 Acer has announced that it will offer an Aspire One netbook that dual boots Android or Windows 7.

Speaking at a global press conference today in London, Acer's senior corporate vice president Jim Wong said that Android would enable the machine to boot in 18 seconds from cold and take only three seconds to power down. He said that this would give users faster access to the internet and the data they need.

"People can turn it on, get the information that they want and turn it off," he said.

The dual-boot laptop will be available from 22 October and would not cost any more than the current model, which will continue to be available, according to Acer.

Wong said that it was possible that Acer could choose to release an Android-only netbook in the future depending on how the market responds.

"If users never turn on Windows and it satisfies users' needs, then it could happen," said Wong.

Wong explained why Acer had turned away from Linux, after launching its first netbook as a Linux-only machine. "The user demand was not there. Now we are introducing Android, based on Linux, which shows that we never give up," he said.

Wong heaped praise onto Android, declaring that it had the best connectivity built into the operating system. "We believe in Linux solving the problems of connectivity."

Wong also said that Chrome-based devices will come to market next year.

In terms of sales it was top of the pile for netbooks, according to figures presented by Acer president Gianfranco Lanci.

According to its figures, Acer has captured 36 per cent of the market beating Asus into second place with 18 per cent. HP is in third position with 11 per cent, and Samsung trails narrowly in fourth with ten per cent.

The figures show that netbooks have accounted for 20 per cent of sales for all mobile computers. "There has been some cannibalisation of the [laptop] market," admitted Lanci, predicting that the market share will increase to 25 per cent by 2011.