The Royal Mail postal strike could spell big trouble for smaller online retailers in the run up to Christmas, according to research. 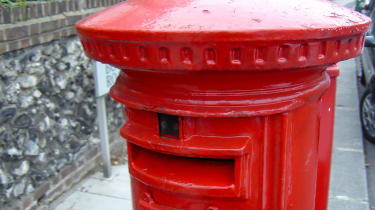 Online retailers could be hit with a 220 million bill as they are forced to use more expensive delivery services due to the Royal Mail strike.

Delivery costs for some retailers could rise dramatically, as a result of strike action, according to research commissioned by Kelkoo and carried out by the Centre for Economics and Business Research.

It used an example of a 1.90 Royal Mail charge for delivering a package rising to 4.80 with Parcel Force - an increase of 153 per cent.

Retailers would also have to refund items not delivered during the period. With 580 million of items ordered online every week, the research estimated that there would be 100 million in lost sales and 120 million in increased costs.

The figures are based on the cost of a five-day strike (the same as in 2007). Strikes have already been confirmed for 22 and 23 October.

Smaller businesses would be worst affected as 98 per cent of their post goes through the Royal Mail, and 94 per cent of shoppers would stop putting orders through with a retailer that didn't deliver.

"The timing of the strike beggars belief," said Bruce Fair, managing director of Kelkoo in a statement.

"In one fell swoop it threatens to bring the postal network to a standstill, spoil the beginnings of the retail sector's financial recovery, increase prices for cash strapped consumers and cause a further backlog which already stands at some 30 million items."

The research also said that major retailers like eBay and Amazon were already making their own plans to deliver goods in the event of a strike.