Hacker Gary McKinnon has been given more time to challenge extradition to the US following a report into his mental health. 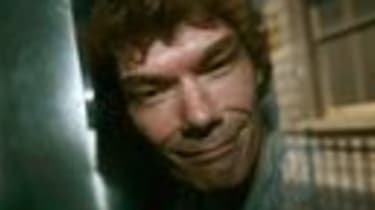 The government has put a hold on Gary McKinnon's extradition to the US to face hacking charges in order to have more time to consider the mental health of the Asperger's sufferer.

McKinnon admits hacking into NASA and Pentagon computers, but claims he wasn't looking to do any harm. Over the past several years, he's fought to face his charges in the UK rather than the US, not least because he's since been found to suffer from Asperger's, a form of autism.

After being asked several times to keep McKinnon in the UK, and claiming there's nothing he can do, Home Secretary Alan Johnson has finally acquiesced, for a time at least.

McKinnon had been set for extradition by the end of this month after failing to convince the government he should be able to appeal to the new Supreme Court, but Johnson has put the 14-day clock on hold following a new psychiatric report, and asked the Home Office to look into the matter.

The Home Office told the BBC: "On 12 October his solicitors submitted further representations to the Home Secretary and we are considering what response to give to this latest material... In the meantime, we have confirmed to his solicitors that we do not consider the 14 days for a Strasbourg application as running."

McKinnon's mother Janis Sharp told the Daily Mail: "I am extremely pleased Alan Johnson is doing this. I am sure that when he sees such strong evidence he will realise he should intervene and stop the extradition."

"Even at this late stage I hope when confronted with such compelling-evidence he will show the compassion that the people of this country are longing to see. Gary is pleased and relieved. It is the best news he has received for a long time and it gives him some hope," she added.

Click here for our timeline of the Gary McKinnon case.