Public IP networks and digital technologies that enable the copying and transmission of digitised works of music are a very real threat to the industry's raison d'etre. 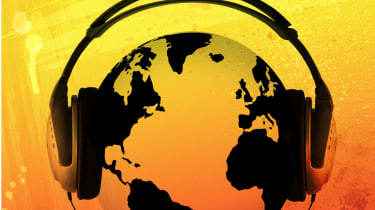 But still the claim was made that home-recorded cassettes meant less records sold, presumably because they were cheaper than the packaged article, and that less people would go to see live music. But record sales kept climbing, and the popular forms of music kept churning around.

Homemade cassette tapes, in all likelihood, spread the word. The tape that somebody made for you spurred you into buying the real thing, and not the opposite.

Not only were the home-made tape copies of vinyl recordings illegal, but there was a booming industry in illicit recordings of studio, stage and home performances. During the 80s and early 90s, there was a mini boom that resulted from the replacement of vinyl with CDs as the baby boomers replaced their lost collections, another change of format.

But during the last few years, the music industry has been hitting a downturn, amid claims that this is because of the internet. Music lovers downloading MP3s are "killing music".

Almost certainly, the truth is more simple and more complicated than that. Music is no longer the dominant force in youth culture that it was during the record industry's heyday. There are many other forms of entertainment, and the landscape that was the preserve of popular music has been invaded by football stars and computer games, TV soaps and electronic dance, and society is at once more liberal and less adventurous.

Music itself has changed. Teenagers are as likely to be playing with decks and synthesisers and samples as they are to be thrashing air guitars in front of mirrors or downloading MP3s. We may as well blame Cubase, Doom and reality TV as the internet for the troubles of the record industry.