We look to Sir Tim, Sue Black and other tech leaders for inspiration. 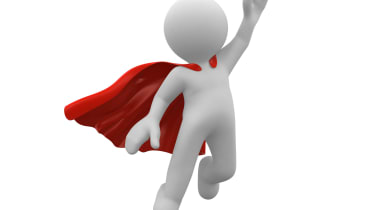 Everyone needs someone to look up to, and IT professionals are no different. The sector has a wide range of truly amazing people genius geeks, brilliant business minds, ingenious inventors who are well worth a bit of hero worship.

Some may well look up to modern leaders such as Steve Jobs, Bill Gates and Steve Ballmer - we'd like to have the latter's public speaking skills, at least - or get historical and look back to the likes of Ada Lovelace or Alan Turing.

Here are IT PRO's top tech heroes - let us know yours at comments@itpro.co.uk.

One of the figures that had a great influence on me as a child was not a technologist in the purest sense, but the author Douglas Adams.

There's no doubt that Adams was a visionary and the link between great science fiction and science was evident in his writing.

Imagine a book that had information, much of it spurious, on pretty much everything. In 1977, Douglas called it the Hitch Hikers Guide to the Galaxy' today, we call it Wikipedia.

A 1990 BBC2 TV documentary called Hyperland, written by Adams, introduced to me and the rest of the audience the concept of Hypertext'. It blew me away. Tim Berners-Lee was coming up with HTML at around that time.

Adams was famously a huge Mac advocate, and yes, he bought the first Macintosh sold in the country (allegedly Stephen Fry was the second).

He loved the purity and human touch of the Mac, and while he got to use and praise the first version of Mac OS X he sadly never got a chance to play with the iPod, a device he no doubt would have gone gaga for passing away in May 2001, just four months before it was introduced.

His influence in tech culture is writ large IBM named its 1988 chess computer Deep Thought' after the planet-sized computer that came up with 42' as the answer to Life, the Universe and Everything is but one example.

Adams was always immensely quotable and it is with one to which we can all relate that I will end with "Technology is a word that describes something that doesn't work yet." - Benny Har-Even 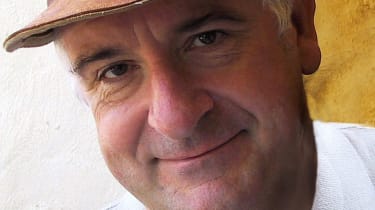